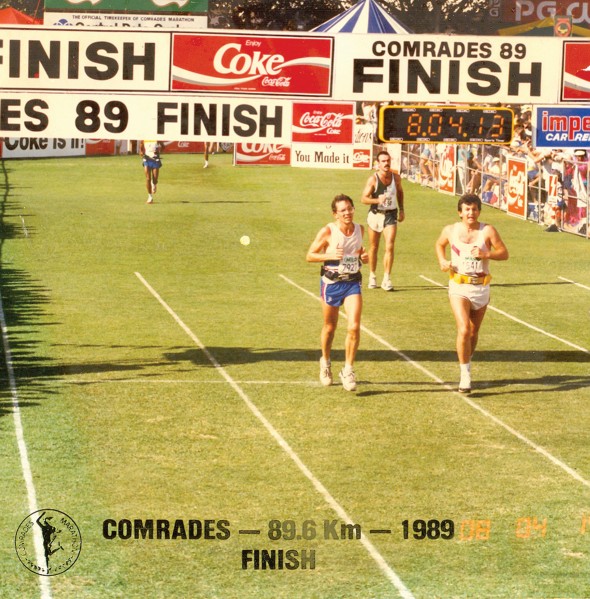 For the last 27 years, Tom Cottrell has written and published the Nedbank Runners’ Guide to Road and Off-Road Races in South Africa, which has become an invaluable aid to South African runners. No surprise then that Tom’s name has become synonymous with race fixtures. – BY SEAN FALCONER

Tom Cottrell is like that grizzled veteran in your running club, telling you about all the races he’s run over the last 30 years, describing the monster hills, the flat PB courses, and the best races for some traditional small-town hospitality. Only, he tells his stories in a book. And a website and app. Now 64, Tom lives in Johannesburg with wife and fellow runner Kay, and they have two daughters and one grandson. He ran the Comrades four consecutive times from 1986 to 1989, and had brought his time down to 8:04 in his last run – or 7:64, as he laughingly prefers to call it – but then a tragic accident took him off the roads for a number of years.

Early in 1990, he was involved in a car accident in which his brother-in-law was killed, and Tom was left with two broken ankles. One was so badly broken that the doctors said he would never run again. “At the time of the accident, Kay actually asked me if she should carry on running, so I said you can stay here and be miserable with me, or go run with my mates. She was out the door before I finished talking,” he laughs. “Not being able to join her, I kept myself busy writing route descriptions of the races she was planning to run, as a kind of therapy to stay involved. Then somebody said you could make this a book, and when somebody starts a sentence with ‘Why don’t you…,’ then you just have to do it! So when I was retrenched in 1991, I decided why not, and that’s how the Runner’s Guide started.”

New Developments
The first edition appeared in 1992, and Tom says he can see how the times have changed. “Those first books reflect the politics of the day, with old provinces that no longer exist, like Transvaal or Western Transvaal. I’ve also seen many races come and go, including iconic ones like the Korkie, but in its place came Om Die Dam. The big change in recent years has been the massive growth in trail runs, and it’s hard to keep track as they sometimes pop up and then disappear just as quickly.”

Having added the Cyclists’ Guide and Swimmers’ Guide to his fixture publishing repertoire, as well as several biographies, novels and coffee table books, Tom is now focusing on the websites and apps for his fixtures. “I still have a readership base for the printed books, but sales are declining, whereas the number of downloads on the apps have skyrocketed. I did the first app in 2011 after another of those ‘Why don’t you…’ conversations with Nedbank, and I will be the first to admit it was a really pokey experiment. Still, the original Cyclists’ Guide app reached number 12 in the sports app rankings, so we decided to invest in more sophisticated apps, and in year two the running app reached number 1 on the Apple apps store!”

“This past year I finally stopped thinking of the app as an extension of the book. I therefore made it free for download, and did deals with retailers that you can buy shoes through the app. Soon you’ll be able to book accommodation for races, enter races online, and find maps to drive to the start. I think the book will become less and less relevant, as I can add so much more to a runner’s life via digital platforms. I want to make the whole experience of running races easier and more enjoyable.”

Back to Running
In spite of what the doctors said, Tom did run again. “Typical runner, I didn’t listen to them and started my second running career, as I call it, just to prove them wrong. I did the Two Oceans and a few other ultras, and then in 2000 I did another Comrades, because that year they gave us 12 hours, so I decided to chance my arm, but more to say goodbye to the race. I finished with three minutes to spare.”

He hung up his running shoes again after tearing his ankle cartilage doing the Antarctic Marathon, but after a recent operation, this grizzled veteran has felt the running bug biting again. “I recently put a pic on Facebook of my new ankle – it looks like a jungle gym with all that steel and titanium! I’ve done a few 5km walks so far, and still have to be very careful, but I’m planning to launch my third athletic career. I want to get out there and walk a few races, and then hopefully build up to a few 10km races. As they say, why don’t you…”