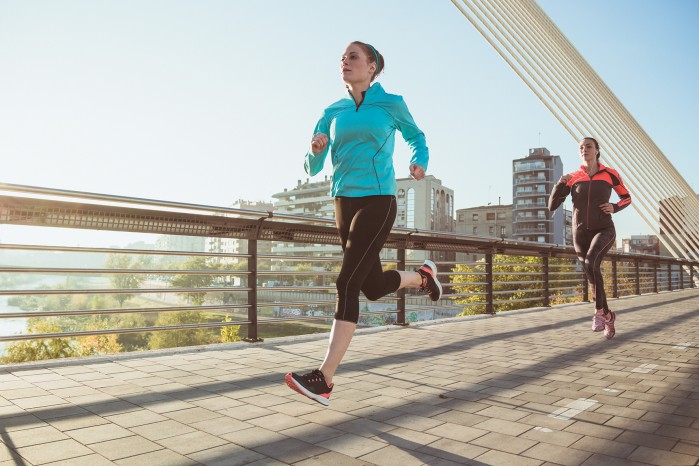 Teaching your body and mind to go through the pain barrier is part of the secret to running success, if you are chasing faster times. – BY RAY ORCHISON, REGISTERED COACH

A few years back I entered and trained for my first international marathon and felt confident that I could run a 2:48 PB. Unfortunately, after five days of doing the tourist thing, I lined up at the start with extremely fatigued calves, but I still set out at my initially planned race pace. Everything felt surprisingly good… until the 8km mark, when the fatigue caused by exercise I was not used to resulted in me tearing my soleus muscle.

At first I thought it was just a spasm, but after two stops to try and massage the spasm out, I began to wonder how I would get back to the start without any cash and surrounded by people who spoke only German. At that point I decided that I had not done all the training and flown halfway across the world to quit, so I pushed the pain out of my mind and eventually finished in 2:57. However, the instant I finished, my body and mind were flooded with unbearable pain, making it near impossible for me to walk!

All in the Mind
I learnt an invaluable lesson during that marathon: We can endure far more pain then we think – and I’m not talking about doing stupid things like pushing through a marathon with a torn soleus, I’m talking about that familiar pain when we are pushing our own personal boundaries. Athletes who want that PB badly enough and are willing to push themselves through the pain of lactic acid and other metabolic waste build-up, are the ones who will ultimately achieve that PB.

Tim Noakes refers to the ‘Central Governor’ in our brain, which keeps an eye on all the systems and functions of the body and protects us from physically harming ourselves, using a built-in early warning system to stop us long before we reach our breaking point. Signals of pain are sent to the brain to slow us down or stop us, so that our bodies can return to what I call the comfort zone… but there are unfortunately no PB’s to be found in the comfort zone. Therefore, in order to achieve our best, we have to go beyond the comfort zone in progressive, planned training, because the human body has an amazing capacity to adapt to gradual increases in physiological stress, which teaches both the mind and body to handle pain.

However, I do not believe that teaching your body and mind to deal with pain requires only hard, muscle-breaking workouts. The sessions that have had the biggest impact in my own training are the ones I’ve stuck to as planned. Just getting through a hard session after a long hard day, when I’ve just wanted to collapse on the couch in front of the TV, has gone a long way to help me push through moments of doubt and hurt when that PB is slipping from my grasp.