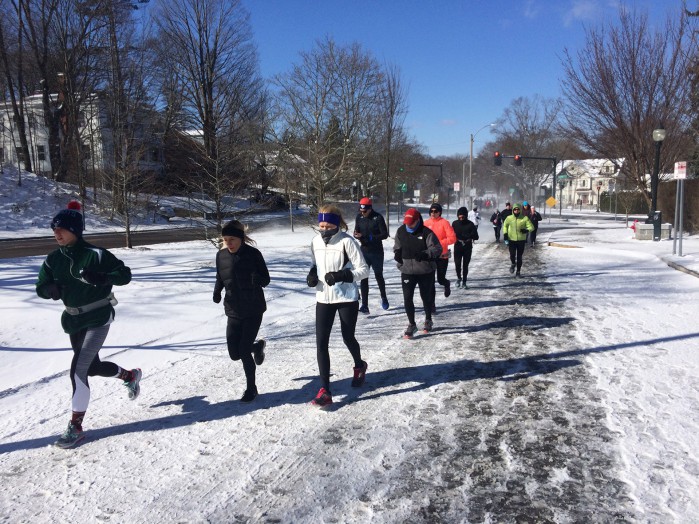 Modern Athlete receives many letters or pics from runners with a story with a bit of a difference, and we try to publish as many of them as we can, like this contribution from South African Expat Dr Paul Firth, who lives in Boston in the USA. We suspect he rather enjoyed the warm weather at the Comrades this year!

In January 1991, I was in the back of a pick-up truck, riding past a small hospital in south-western Uganda. As a Cape Town medical student hitch-hiking across Africa, I wanted to go in and look round the hospital, but I knew I would not really be able to offer the patients much, either to relieve their suffering or cure their ills.

A quarter century later, Mbarara Hospital is still there, and has been growing slowly but steadily. And I now live in Boston in the USA, where I work at the Massachusetts General Hospital (MGH), delivering anaesthesia for children in the Paediatric Haematology-Oncology Department. The MGH is not only helping children survive cancer in the US, but now is also helping to start a children’s cancer clinic in Uganda, thanks in part to the fundraising running of many of the doctors and staff at MGH.

Since 1998, the Mass General Marathon Team has raised over $10 million to support the paediatric haematology-oncology programme at MGH, as well as other projects. The funds raised are directed to cancer care and research initiatives that enhance the quality of life for the hospital’s youngest cancer patients. This is for a cause dear to my heart – helping children and their families overcome the burden of childhood cancer – because in my job as an anaesthesiologist, I am fortunate to work in the MGH Paediatric Cancer Clinic. I say fortunate, because I get to work alongside heroes – these children facing the massive challenge of beating cancer, and their families who suddenly face the reality of their child being diagnosed with a life-threatening disease.

It is a privilege to help these heroes rise to overcome the painful challenges of surgery, anaesthesia, chemotherapy and radiation for their child. And through running, I can help them still further, fighting kids’ cancer, one step at a time.

I ran my first marathon in Cape Town in 1992, and have now done more than 30 in total, including the Boston and London Marathons. I’ve also done the Comrades Marathon three times – twice when I still lived in South Africa, clocking 8:57:54 in the Down Run of 1993 and then a 9:37:31 in 1995, in another Down Run. I ran Comrades again this year, almost 25 years after my first, and I came home in 11:49:31 – much slower than in my younger days! Of course, it may also have been down to the difficulty of training through the Boston winter, which makes doing the peak training from January to March rather difficult, as you can see from a few of my photos!

I run to help raise funds both to support families with a child going through the marathon of cancer care – and to ensure that for other children and parents in another part of the world, a diagnosis of cancer does not mean a diagnosis of slow death. It’s a long and arduous process to train for and run a marathon, especially through a freezing winter, but it’s my friends and family who keep me motivated to keep doing this, and I want to thank everybody who made donations to support the children and their families battling cancer.