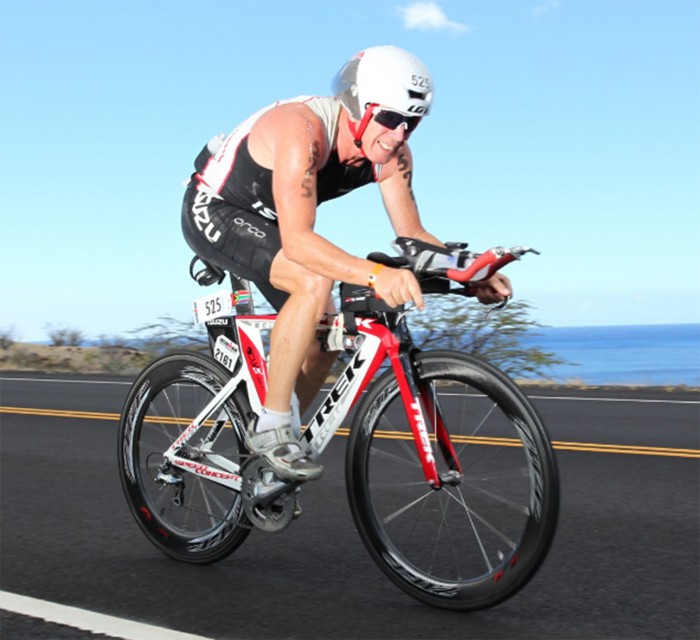 In his competitive days, Alec Riddle was known as the Riddler, whereas these days he is better known as the ‘Eye in the Sky,’ hovering above the leading runners at televised races to provide live updates from the route, which is just part of a very interesting and highly successful career as an athlete, coach and commentator. – BY SEAN FALCONER

In 2015, when the SABC was looking for somebody to put in a helicopter to do live commentary at the big races such as the Comrades and Old Mutual Two Oceans ultras, one of the names put forward was that of Alec Riddle. Having been a runner much of his life, done both races, and done many years of television commentary, it was a natural fit. “It’s a lovely way to watch the race, as you can see it unfolding even better than on TV,” says Alec. “I remember in 2015 telling the viewers and studio team to watch out for a guy I could see slicing through the top 10 at Camperdown, and that turned out to be Gift Kelehe, who went on to win the race.”

Of course, it helps that Alec has three silver medals each in the two big ultras and knows their routes well. In fact, he was 21st in the 1988 Comrades with a 6:05:23 time, came into the finish alongside 1990 women’s winner Nadine Harrison (whose sister is married to his brother), and in 1991 he finished alongside Bruce Fordyce after running much of the race with women’s winner Frith van der Merwe. “I was with her from 10km to 75km, because I was determined not to let a woman beat me. Then I blew spectacularly, and was sitting there when Bruce came along and sat down next to me. He told me he was waiting for a TV camera so he could tell everybody I was throwing myself a pity party… That got me going again!”

Having been awarded SA colours in biathlon, triathlon and lifesaving, in later years Alec came back from a long lay-off from competitive sport to earn spots at the World Ironman Champs in both Full Ironman and Ironman 70.3 distances, and in 2011 was crowned World Champion in his age category at the 70.3 World Champs in Las Vegas. Not bad for a guy who says he was very much a second-tier runner throughout school…

Running in Africa
With his father working in the building industry, Alec’s family left England when he was six and worked their way down to SA. “My Dad arrived home one day and my Mom said she had applied for a job in Africa for him, because she was tired of the English weather. So they packed their bags and the four kids, and we’ve been here ever since,” jokes Alec. He grew up in Natal and says he discovered a love for running at Westville Boys High School, then at Empangeni High School. “I wasn’t particularly good while at school, but we had an exceptionally good running culture at school, and one of my highlights was winning the under-15 schools category at the SA Cross Country Champs in East London as part of the Westville team.”

After school he went to study at the University of Port Elizabeth, and that is another interesting story. “I was registered to go to Rhodes, but just after finishing Matric, I went into the SweatShop store in Braamfontein, and Gordon Howie suggested I go to UPE instead, due to its strong athletics team. He phoned Mike Bosch, who organised me a bursary, and my whole life changed. We had a wonderful running club for the years that I was there, and legendary SA miler Johan Fourie once told me that UPE never had the same depth as Tuks or Maties, but in relays, we always managed to give them a real challenge.”

Alec went on to earn his SA University colours in this third year after finishing ninth at the SAU Cross Country Champs in Stellenbosch, but he says the highlight of his UPE days was in 1982 when a he was part of a 10-man team that broke the 24-hour relay World Record in Cape Town. “We ran 303 miles in 24 hours and I did 33 miles, with our team averaging about 4:40 per mile, which is equal to about 2:55 per kay!”

Talent Development
Having completed a BA degree, majoring in Mathematics, Alec began teaching at Grey High School in PE, then was offered a marketing post for the Grey PE schools. Later he started a sports management business, representing top sports stars such as cricketers Kepler Wessels and Dave Callaghan, and the next chapter saw him help launch Max Africa in 1999, with Xolile Yawa and Mark Sanan. It was a PE-based high performance training camp, backed by New Balance, that attracted some of the top talent in South Africa, and Alec is justifiably proud of their achievements.

“Our goal was to get SA athletes competitive, and we picked up a few international victories, with the highlight being Abner Chipu finishing fourth in the Boston Marathon. One year we also had six out of the top eight finishers in the SA Half Marathon Champs, with Abner winning the title. The athletes lived with us in a dormitory attached to our home, and my kids grew up in training camps in Lesotho, and it showed that if you incentivise the guys, they will perform.”

When Max Africa closed in 2002, Alec went into financial brokering, then became certified as a registered financial planner. He soon made his mark in his new field, and in 2008 he was a finalist for the Financial Planning Institute (FPI) Personal Finance Financial Planner of the Year Award, and in 2009 he won it. Today Alec is with Private Wealth Management, a division of Old Mutual. Today, aged 57, he lives in Stellenbosch with wife Michelle and kids Camryn (19) and Jamie (17). He still runs, but is also often seen seconding Jamie, who is quickly developing into one of SA’s hottest young triathlon prospects. Not surprising, given that his father was once of SA’s top ranked triathletes.

Simpler Days
“I got into triathons in the mid-80s after seeing a poster at the beachfront about a tri event. I was doing lifesaving and could run, so I just needed a bike. I won my first tri race, got a sponsorship from Stellenbosch Farmer’s Winery, and four months later I was part of the South African team in the London to Paris triathlon! Those were fun days… we would just leave our bikes next to a car or leaning against a tree while we did the swim, and we didn’t wear helmets back then.”

Alec went on to win an SA Champs title, to go with his SA titles in biathlon and the long run in lifesaving, and won a number of events, including the Durban Ultra Tri, which in turn qualified him for the Ironman World Champs in Hawaii, but due to SA being excluded from international sport in those years, he was unable to go. Frustrated, he took a break from all sport and admits he got very fat and unfit. “When I eventually returned to tri action, I was teased by my old friend Mike Bosch for only being on page 17 of the results, so that night I wrote on a serviette that when I turn 50, I will qualify for the Ironman World Champs in Kona.”

Having achieved that in 2010, a broken collar bone suffered in a fall while training in the USA wrecked his plans to compete, but just six weeks later he was back in action and finished third in his age category at the 70.3 World Champs in Florida, in spite of his lack of training. A year later, he was a World Champion.