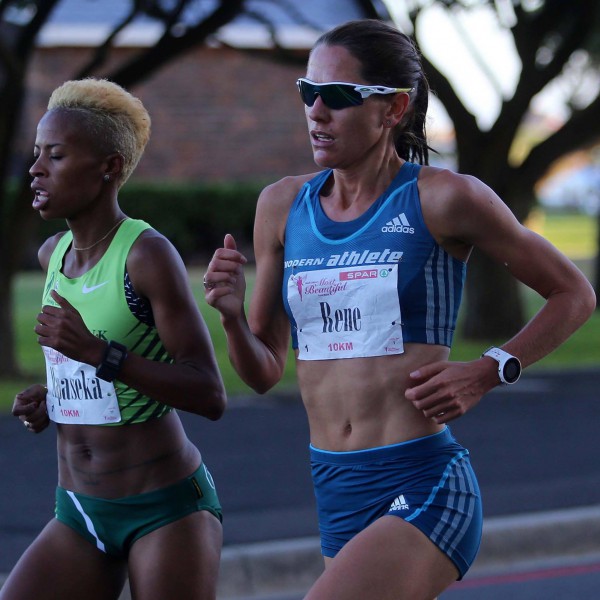 The future stars of South African athletics did us so proud at the recent World U/18 Championships in Nairobi, Kenya, and following our team’s success brought back some great memories for me, when I was still competing as a junior two decades ago. – BY RENÉ KALMER

Team South Africa topped the medal table in Nairobi with 11 medals in total – five gold, three silver and three bronze – with China finishing second and Cuba third, followed by the hosts, Kenya, in fourth. Our young stars got the opportunity to compete on the world stage in front of the jam-packed Kasarani Stadium, which was filled with 60,000 spectators, and it all took me back to when I made my first national team at the age of 15, when I was included in the SA Junior Cross Country team for the World Cross Country Championships to be held at Stellenbosch.

Believe it or not, travelling to Cape Town for that meet was my first time on a plane! At first I was a bit disappointed that I did not get to travel overseas to represent my country, but thinking back, it was definitely one of my most memorable World Cross Country experiences. Every experience was new, and it was a real treat to stay in the Garden Court Hotel at Greenmarket Square for a whole week. After all, I was only used to Kalmer Camping trips! This is also where I fell in love with the Cape Town Promenade, where we did our morning runs each day, and one of the highlights was parading all my awesome new adidas Team SA kit with my roommate Georgina Fourie for my parents.

I finished 34th in the junior race and that was where the spark was lit for future international championships. The following year I had the opportunity to travel to Italy for the World Cross Country Championships in Turin. The experience I had gained in Stellenbosch paid off, and I finished in a surprising 12th position. The following year I duplicated this performance when I finished 12th again at the World Cross Country Championships in Marrakech, Morocco.

Back to the Track
Unfortunately, growing up I missed out on the World Youth Championships on the track, as they were only introduced in 1999, with Bydgoszcz in Poland hosting the first meet. However, I did qualify for my first ever World Juniors, which was held in Sydney, Australia in 1996, when I was 15 years old. I clocked 4:21 for the 1500m, but unfortunately I had to stay home as I was told I was too young to go. I just saw it as a temporary setback and was more determined than ever to qualify for the next World Junior Championships, in 1998 in Annecy, France.

In 1998 I qualified at the ABSA Series meet in Port Elizabeth. My goal was to run a sub-4:20 1500m in order to secure my spot on the team, and I crossed the line first after out-kicking Julia Sakara of Zimbabwe in the final 200m of the race. I was in total shock (and ended up tripping myself) when I saw that the clock was stopped at 4:09! I not only qualified for the World Juniors, but also for the Commonwealth Games, and I was ranked number one in the world with that time! That made me a medal hopeful leading into the World Junior Champs.

Unfortunately, a week before the champs I picked up a grade three stress fracture in my tibia. I tried to be brave and still lined up for the heats in Annecy, and it was without a doubt my most painful 1500m. Worse still, I was the first runner to miss out on a spot in the final, and it was heart-breaking to watch the final from the side of the track. The only consolation was that the winner of the race posted a slower time and that I was still holding the fastest junior time of the year for 1500m. Unfortunately, no medals are handed out for World leading times.

Staying Positive
I might not have brought any medals back home, but what I value the most of those Championships was the beginning of a very special friendship with Estie Wittstock (now Nagel). Over the past 20 years we have shared some great adventures while overseas and competing on the European circuit.

Due to the stress fracture, I also had to withdraw from the Commonwealth Games that took place in Kuala Lumpur, but that gave me the opportunity to focus on my final Matric exams. This was an instant cure for my Grandma’s heart problems, as she feared that her eldest grandchild might fail Matric after missing too much school that year – 46 days in total – while travelling the world and living a dream.