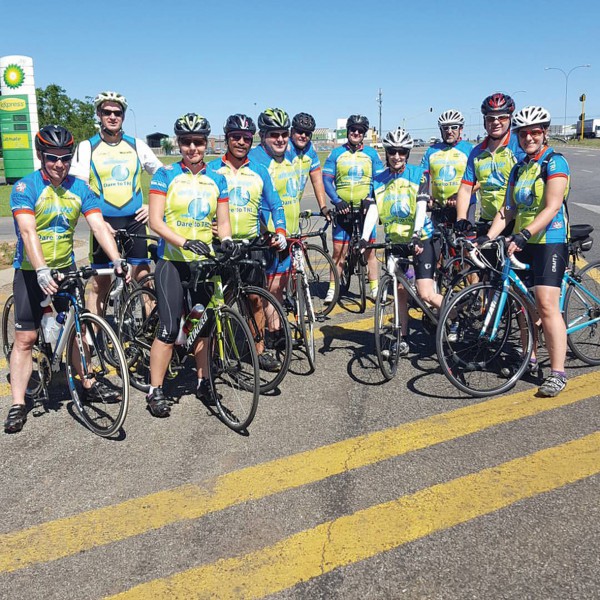 The Modern Athlete DARE TO TRI Academy has had six very successful years since we started with our initial coaching project that took 10 novices to compete at the 70.3 Ironman South Africa in 2012. Now the 2017/2018 DARE TO TRI Programme kicked off on 10 July, so sign up today and let us help you reach your triathlon goals.

This training programme has transformed many everyday athletes and even self-confessed ‘couch potatoes’ into triathletes that have not only finished their first ever Standard Olympic distance triathlon, but then gone on to cross the finish line at Ironman 70.3 as well as the Ironman African Champs in PE.

The success of DARE TO TRI (DTT) is that it is an affordable, manageable and sustainable training programme that fits in with your family, work and social commitments. The programme is designed to take complete novices to the ultimate triathlon finish of an Ironman event, and this is done with a carefully planned gradual increase in training over the triathlon season. DTT specialises in training novices, and this past year we also took visually-impaired triathlete Helen Webb to her first ever triathlon finish at BelaBela, and seven months later she finished Ironman African Champs in PE, where we had nine novices amongst our 12 finishers.

Tried and Trusted Programme
Each week (usually Mondays) all members receive an e-mail detailing the week’s recommended training as well as the month ahead. The programme will have two training plans – one for novices and one for those who have already completed a Half Iron triathlon and are looking to improve their times. Weekday training is done by yourselves, or with friends, a training group or your clubmates, and then weekend coached sessions will be presented by DTT Coach Derick Marcisz, and all athletes are encouraged to come along and train with the Group. (Specifically structured training is available if you require it, and is especially recommended if you need a beginner’s programme for one of the sports.)

The DTT Academy will also host the following specialised workshops:
• SWIM WORKSHOPS (one indoors and one outdoors) – focussing on swim technique and open water swimming.
• BIKE WORKSHOP – basic bike maintenance.
• BIKE/RUN WORKSHOP – learn how to transition from bike to run.

Still the Most Affordable Option!
The good news is that we have once again kept the costs down, and for just R1500 you will receive coaching and be able to join coached weekend group training from 11 July 2017 till Ironman PE on 15 April 2018. You cannot get this level of coaching for this period (nine months) at this cost anywhere else, so go to https://daretotri.canbook.me/dtt-2017 and follow the prompts to register.

Meet The Coach: Derick Marcisz
The Modern Athlete DARE TO TRI Coach is 62 years old and can look back on 47 years as a runner, cyclist and triathlete – and he is still an active athlete. Derick has a marathon PB of 2:17:17, a sixth place finish at the Old Mutual Two Oceans 56km Ultra-marathon, and a top 20 finish in the Cape Town Cycle Tour. He has been involved in triathlon since 2000 and has competed in more than 120 triathlon and duathlons, at all distances from sprint to Ironman. Derick has represented the South African Age Group Team at five World Triathlon/Duathlon Championships. He is a qualified TSA triathlon coach and has been involved in coaching athletes for more than 20 years.