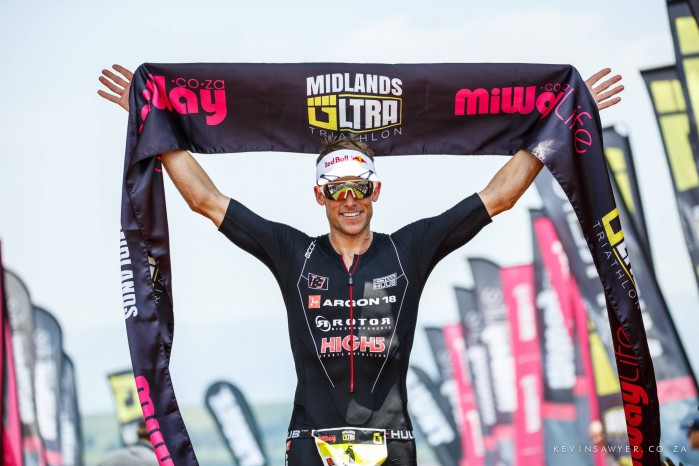 The business of sports in South Africa continues to thrive, with growing numbers of ‘weekend warriors’ and professional athletes investing time and money into disciplines such as running, road cycling and mountain biking. Insurer MiWayLife estimates that South Africa has around 200,000 cyclists, 750,000 runners and 15,000 triathletes, and thus it has developed a bespoke solution catering to needs of these healthy clients.

A division of Sanlam, MiWayLife has introduced a unique policy called MiFitLife especially for high-performing athletes aged 20-60, with up to R5-million in cover. “We wanted to revolutionise the space and offer athletes something that was designed for athletes by fellow athletes, as opposed to being done via the traditional product factory,” says Craig Baker, CEO of MiWayLife.

“When you get people spending upwards of R35,000 to compete in a multi-day stage race like the Absa Cape Epic, it makes sense to insure yourself against injury that could see you falling out at the last minute and losing your entrance fee. MiFitLife recognises the hard work, long hours and sacrifices athletes make to get onto the start line.”

Growing numbers of companies – from fast food chains to banks and investment firms – are investing in sports sponsorships, with the view to gaining more emotional engagement with fans and staff. “What this means for professional athletes is increased pressure to remain healthy so they can perform at a high level. Some are even contracted to deliver podium positions, and an accident can put their livelihood at risk,” says Baker.

Matt's Road to Recovery
MiFitLife covers most of the South African Long Distance Triathlon team, including top triathlete Matt Trautman, whose cover kicked in after a vehicle hit him while out training in the Cape Winelands. As a result he needed a complex spinal fusion, followed by and lengthy recovery. Having become a professional triathlete in 2014 and posted several high profile wins around the world, his plans to defend his title at the Ironman 70.3 in East London in January were thus put on hold.

“Despite the rewards this lifestyle offers, you have to factor in the very real risks of our sport. Running and riding on the open road and pushing your body to new limits in training can have consequences that I know all too well,” says Trautman.

He has now been hit by vehicles on three separate occasions while cycling – and still, in spite of suffering a fractured spine, broken clavicle and a fractured ankle, he has been more fortunate than some. In April, veteran Italian cyclist Michele Scarponi, the 2011 Giro d’Italia champion, was killed in a road accident after being hit by a van while training close to his home.

“For most of my triathlon career I struggled to find a company that offered what I needed, until MiFitLife was introduced by MiWayLife. Having this cover during 2017, when my most serious injury happened, has been instrumental in a long recovery process,” says Trautman, adding that the relief of the financial burden as a result of missing most of his racing year allowed him to focus on rehabilitation and recovery. “I would highly recommend all athletes, from age group category to professional, take out this cover.”

Consider Yourself Covered
The qualifying sports for MiFitLife include running, cycling, surfski paddling, swimming, canoeing and multisport (triathlon and duathlon).

Baker says the South African-developed product is unique in the world. “The ability to obtain cover of this nature and extent without any medical underwriting or testing is an innovation in itself.”

The product is designed around the key risks facing athletes and addresses accident and illness cover with lump sum payouts, discounted insurance cover on sporting equipment, race fee refunds in the case of injury or illness preventing you from competing, and specialised training programmes from MiWayLife coaches. SMS “fit” to 44738 for an obligation-free quote.