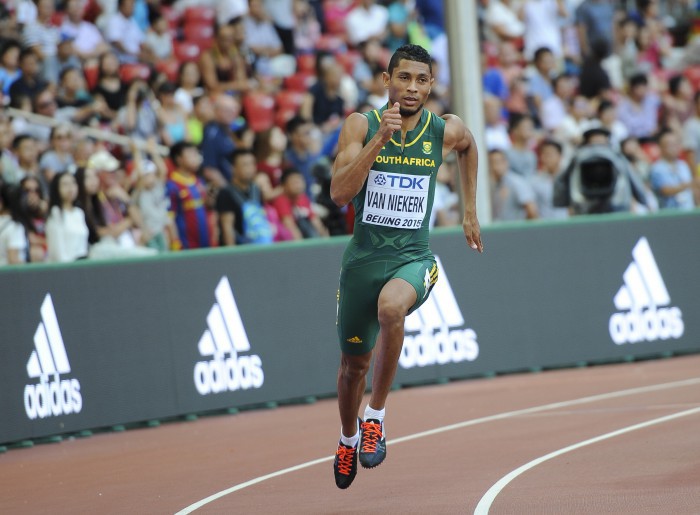 Wayde van Niekerk proved again last night why he is truly one of the stars of international athletics when he won the 100 metres at the EA Classic Meeting in Velenje, Slovenia in a time of 9.94s.

His winning time is 0.04s faster than his previous best, more importantly, is the fact that he did so at sea level so he can now claim to be an “honest member” of the sub ten second club in the 100 metres. He ran his previous best of 9.98s in Bloemfontein.

“I am very pleased,” said Van Niekerk in an IAAF interview. “It is my best time and I am glad the race played out the way I wanted it to. This bodes well for my two main distances the 200m and 400m.”

Last night’s 100 metres was an all-South African affair with Emile Erasmus (Tuks) finishing second in 10.12s and Henricho Bruintjies (Tuks) third in 10.14s. It is the second best time of Erasmus’s career.