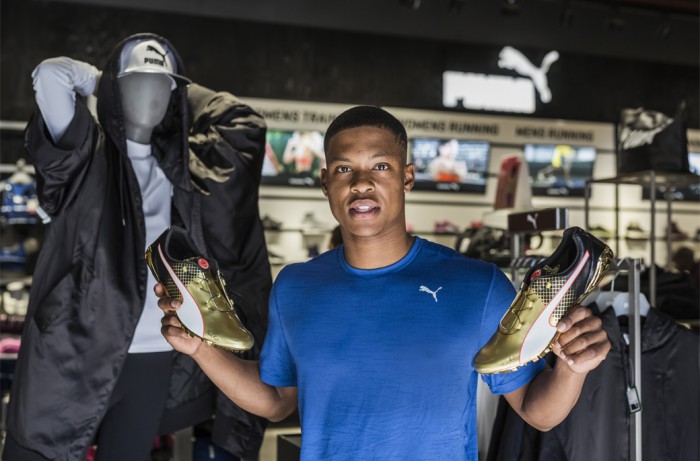 21-year-old Roto is South Africa’s second-fastest man ever over 100m, having clocked a blistering 9.95sec in March 2017, which is also the fourth-fastest time in the world so far this season.

Hailing from King Williams Town in the Eastern Cape, Roto trains under the watchful eye of coach Hennie Kriel at the University of Pretoria, where he is in his second year of Sports Science studies. Roto is proud of his nickname ‘The Rock’, which he says is a tribute to his studious ways and focused approached to training.

Under the Forever Faster mantra, PUMA will provide Roto with the best in technical apparel to help him on his way to the world stage with Speed 300 IGNITE training shoes and competition spikes, EvoSPEED Electric 5. Commenting on his new deal with PUMA, Thando says, “I’m excited with the partnership and looking forward to the journey with PUMA.”

Brett Bellinger, PUMA’s Marketing Director for South Africa, says, “Thando is a raw talent who caught our eye with his impressive sprint performances. He embodies the spirit and values of PUMA, both on and off the track, by training and competing hard. He’s a young man with a huge future and we’re pleased to play a part in the success that will come.”

The signing of Thando Roto follows last years’ announcement of partnerships between PUMA and up-and-coming track stars Gezelle Magerman and Malesela Senona, as well as the long-standing sponsorship of fellow 100m sub-10 sprinter Henricho Bruintjies. Follow @PUMASouthAfrica and @Thando_Roto on social media for the latest news and updates.