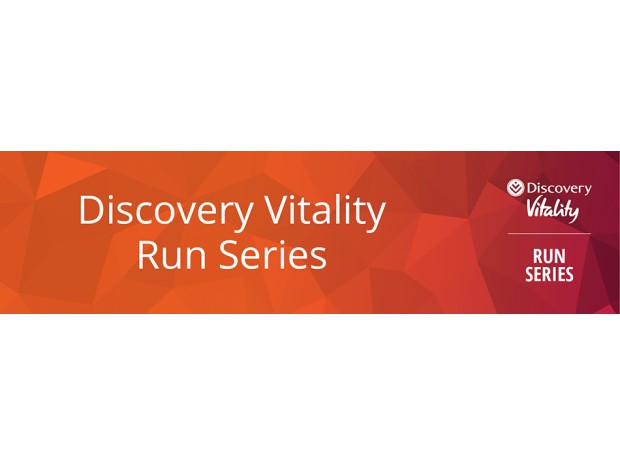 Discovery Vitality is proud to announce the launch of a brand new venture in partnership with four of Johannesburg’s most established running clubs – the Discovery Vitality Run Series. Designed to help people improve their health through physical activity, the Discovery Vitality Run Series connects four iconic running events in the city of Johannesburg, the popular Old Eds, Wanderers, Randburg Harriers and Rockies road races in August and September. The Series aims to get more people into running, and includes entry level distances to encourage people of all ages and fitness levels to take part. The Series also hopes to support the running community by contributing to the sustainability of these existing road running events.

“The Discovery Vitality Run Series is a natural extension of events like parkrun, which has more than 600 000 registered runners with over 50 000 participating every Saturday morning,” says Craig Nossel, Head of Discovery Vitality Wellness. “The aim is to motivate people of all fitness levels and to encourage more people to love running.”

The series will kick off on the 6th of August with the Old Eds Road Race. While it is the perfect event for Comrades finishers to get going after the ‘Ultimate Human Race’, beginners can also enjoy a scenic 5km or 10km route.

Mark Mohring, Chairman of the Old Edwardian Athletics Club says, “We at Old Eds Sports Club are thrilled to be included in the inaugural Discovery Vitality Run Series. This event will ensure the sustainability of road running in South Africa for many years to come and we are excited about the role we will be playing in this.”

The second race in the Series is the Wanderers Road Race. The Wanderers Athletics Club began in Johannesburg, and for decades has been a beacon in the local and international sporting world. “The club’s mission is to support running and walking as an antagonistic and recreational activity and encourage participation by all ages and sexes from all social backgrounds and fitness levels,” says Dylan Burgess, Chairman at Wanderers Athletics Club.

The Series concludes with the Rockies Road Race, named in memory of running stalwart Gerald Fox, and attracts about 4 000 runners and walkers each year. The race has taken place at the Johannesburg Zoo over the past six years and R155 000 has been donated to the Zoo from race proceeds. The Rocky Road Running Club was formed in 1975 and is one of the oldest running clubs in Johannesburg. “Rockies is a social running club and we have members of different capacities, from elite athletes who win races to those running their first 5km. We offer a great forum and support for people to do what they love – running!” says Saul Levin, Chairperson of Rockies Running Club.

Getting more people to exercise is a sound investment in health

Nossel adds, “These events on the running calendar are designed to encourage people to start, or continue, their fitness journey – a core aim of the Vitality programme due to the many, measurable health benefits. Highly social and visible events like these have the potential to get more people off the couch and into running shoes.”

Research conducted by Discovery Vitality, the Vitality Fittest City Index, emphasises how important it is to create supportive environments to improve population health by enabling more regular physical activity. “By offering distances such as 21.1km for seasoned runners, and 10km and 5km distances for novice runners and walkers, a Series like this does exactly that,” he says.

Challenging people to take on the Vitality Run Series

By creating a Series, Vitality hopes to encourage people to develop a healthy habit of running regularly. Runners will receive a limited edition Discovery Vitality Run Series medal at each race, and by earning all four, they can complete the medal set. In addition, runners who complete all four races stand a chance to win one of ten Asics hampers valued at R3 500.

For more information or to enter the Vitality Run Series, visit: http://www.discovery.co.za/vitality/runseries