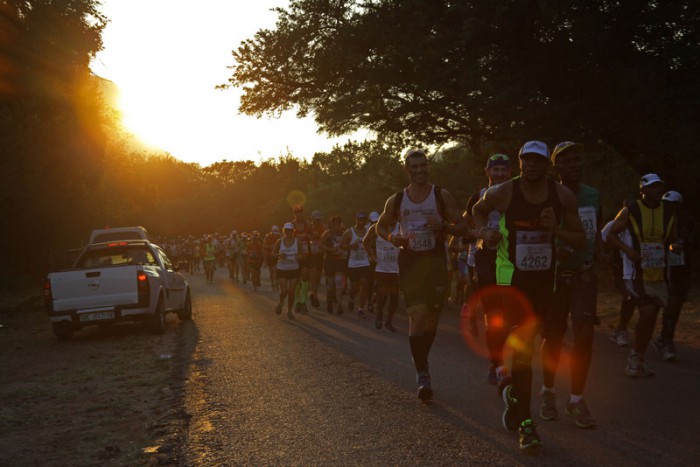 Defending Old Mutual Om Die Dam Ultra women’s champion Caroline Wöstmann clinched her second consecutive win in the country’s largest inland ultra-marathon in Hartbeespoort on Saturday 18 March. She made her move shortly after the halfway mark, opening a sizeable gap over Comrades Marathon champion Charné Bosman and clocking three hours 29 minutes and 47 seconds (3:29:47) for the win, ahead of Bosman’s 3:34:42 and third-placed Yolande Maclean (3:40:46).

Last year Wöstmann became the first athlete to win the Old Mutual Two Oceans (2016), Old Mutual Om Die Dam (2016), and Comrades (2015) ultra-marathons within a 12-month period. After her win, she said, “It felt a lot easier than last year, so I'm quite surprised. I didn't expect it to be this easy. We formed a bit of a group and I was running with a great bunch of people, including Charné and Mary Khourie. I really enjoyed my run, it was just an easy run and I am just lucky the pace came so easy. I wasn't supposed to run this so fast, so my coach Lindsey Parry is not going to be happy with me.”

The men’s title went to Zimbabwean Colin Parura, claiming his maiden Old Mutual Om Die Dam title in a time of 2:53:54 with former Comrades winner Ludwick Mamabolo finishing second for the second consecutive year, clocking 2:56:51. Rofhiwa Mathidi rounded off the podium with a finishing time of 2:57:55.

The popular ultra-marathon has grown in stature, with both the half marathon and the 50km ultra selling out for the first time ever, plus a slightly revised route was introduced this year with a new finish at Oewer Club at Schoemansville. The runners still received little reprieve over the gruelling 2km climb over the notorious Saartjiesnek around the 36km mark. That’s where the men’s race really caught fire: A lead group of eight men stayed together until the 36km mark, when Parura made his move shortly before Saartjiesnek and continued to stretch his lead.

After breaking the tape, Parura said he was delighted with his victory, although Saartjienek had proved a really tough climb. “That was a steep one, it was a massive challenge, but I took the lead from there, pushing harder and harder.” Mamabolo, who won this race 14 years ago with a new course record, said he believed this performance would hold him in good stead for the Comrades Marathon on June 4.

Old Mutual Head of Brand, Karen Thomas, praised the athletes for their top performances and thanked the organisers for hosting a stunning event. “Congratulations to all the winners and runners who participated in the Old Mutual Om Die Dam Marathon over the weekend. Once again, the organisers put on a magnificent event, one which really kick-starts the ultra-marathon season in South Africa.”

”At Old Mutual we really believe in going the distance, so it's no surprise that we connect so readily with the three most prestigious ultra marathons in the country. Each one of the three major ultras – Old Mutual Om Die Dam Marathon, the Old Mutual Two Oceans Marathon and the Comrades Marathon – require determination and planning to conquer, something we at Old Mutual recognise and value. It's why we're only too happy to continue our support of these wonderful races.”