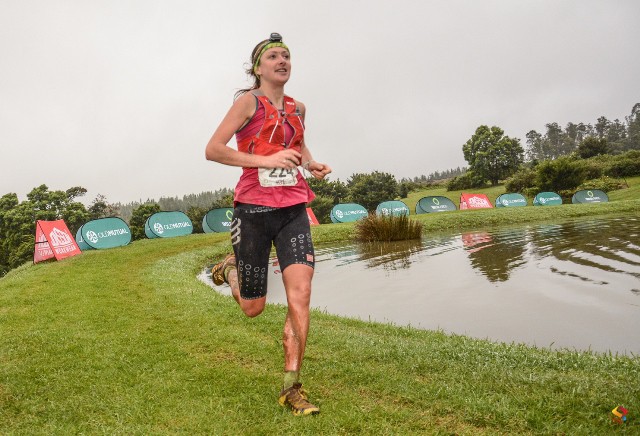 Solicitor Manduwa, an Old Mutual runner, took first place in the 2017 edition of the Three Cranes Challenge which took place late in February this year. The Three Cranes Challenge is part of the Old Mutual Wild Series and spanned three days covering a distance of 100km. This challenge helps raise funds for the conservation efforts in the Karkloof Nature Reserve and its surrounding areas.

The challenge was won by Manduwa with an overall time of 07:53:25. Second place went to Ruan van der Merwe, who finished 18 minutes behind the winner in a time of 08:11:21 and third place was claimed by Nomore Mandivengerei, also an Old Mutual runner, timing in at 08:19:02. International runner Holly Page won the women’s race in a time of 08:28:01.

Chantel Nienaber came second in a time of 09:41:57. Tracy Zunckel completed the podium for third with her time of 10:32:53. Page was the Old Mutual Wild Series Mont-Aux-Sources Challenge winner in 2016. She is from the United Kingdom and was placed an impressive fifth overall.

Pumlani Ntuli and Ian Manchest were the two lucky winners of the Modern Athlete Three Cranes Competition. These two gentlemen won an all expenses paid entry in the recent Old Mutual Three Cranes Trail Run event and we catch up with them and find out exactly how their race went and what the experience was like as a whole.

“The Old Mutual Three Cranes Trail Run is an amazing way to experience the most scenic and pristine nature that lies just on my doorstep. This trail run took me into an exclusive natural space that brought about some soul searching in which I had to recite a few mantras to find both inner strength and peace to climb some of the steepest gradients,” said Pumlani.

“The excitement and the anticipation of what more can be seen on each run the next day is physically energising and mentally stimulating. A true wild moment for me was to sit and chat with a 65 year old game ranger from Golden Gate. Images of Mkhulu one with the terrain and nature kept playing again and again. I was even more inspired to go out and follow behind each day,” continued Pumlani.

Our second winner Ian Martincich, Ian finished the race in a total time of 14:29:39, in a well deserved 112th position overall. “The race was a truly amazing experience and it allowed me to experience trail running in South Africa like I had never been able to do before. The scenery is magnificent and the tranquillity of being in a nature reserve, out of your car was something special,” explained Ian.

“The race definitely tops the list of races I have done in my running career so far and I’ll definitely look to return again,” continued Ian.

By participating in the Three Cranes Challenge, runners help to conserve KZN’s endangered Cranes – a flagship species for South Africa, through the incredible work of the Karkloof Conservancy. The three Cranes themselves are the Blue, Grey-Crowned and Wattled Cranes. The threat they face is incentive to protect the wetlands and grasslands they call home.