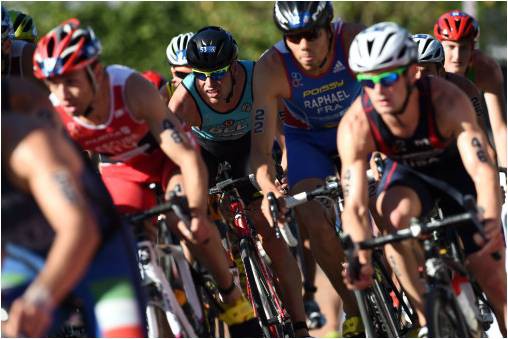 The Discovery Get Active weekend in Cape Town on 11 and 12 February 2017 is fast approaching, and with it the closing date for entries into both these events.

“There is probably no finer place to run, swim and cycle in summer than in Cape Town. Putting on an event that combines these activities is a privilege. The Discovery Get Active weekend, including the Discovery Triathlon World Cup on Saturday and the Discovery Duathlon on Sunday, is the perfect way to kick off 2017. It is the first major sporting event on the Cape Town calendar, as well as the season opener on the International Triathlon Union calendar. To run, cycle and swim, no matter whether you do the duathlon or the triathlon by yourself or with a team, will be one of the highlights of your sporting year,” said Gary Marescia, Race Director.

The format of events opens the benefits of multisport to athletes at all levels, from high-performance athletes, and age groupers to novices. Iona Maclean, Head of Experiential Marketing for Discovery said,” The Discovery Get Active weekend promises the magic of multisport to those completing their first or tenth event. The duathlon format of run, cycle, run also opens the field to high-performance athletes and to those who can jog 5km and complete a spinning class.”

This year will be the third time Cape Town hosts the Discovery Triathlon World Cup Cape Town, which, on 11 February, also kicks off the 2017 World Cup circuit. From here, the swim, cycle, run event will visit 17 cities on five different continents. Sunday, 12 February, will be dedicated to the second Discovery Duathlon Cape Town, which gives multisport athletes, with varying athletic abilities, the run, cycle, run experience.

With 5 000 events in the Western Cape each year, Alan Winde, the MEC for Economic Opportunity in the province said, “Events like the Discovery Triathlon World Cup Cape Town and Discovery Duathlon Cape Town are extremely important for our economy and for tourism. Cycling events alone brought in R1.5 billion for the province last year. Sporting events are not only important for the economy, but also help us to promote healthy living.”

Entries are selling out fast as the closing date of 5th February 2017 approaches but event organisers confirmed they are still accepting entries. Enter the Discovery Triathlon World Cup Cape Town at http://www.triathlon.capetown/ visit http://www.discoveryduathlon.com/to enter the Discovery Duathlon Cape Town. Whether a professional athlete or a newcomer to multisport, it promises to be an exciting weekend of swimming, cycling, and running for athletes and sports enthusiast with the scenic Mother City as the backdrop.


Gary Marescia, Race Director said, “The duathlon route is the same but the triathlon route will change slightly. The race will begin at Quay 6 at the Victoria & Alfred Waterfront. Beach Road along Mouille Point will also be closed for the event and the lighthouse will be the turn marker on the elite cycle route, while age groupers will turn at the Sea Point swimming pool.”
Marescia said, “We have so much to celebrate in multisport in South Africa. Henri Schoeman surprised the world with his performance at the Rio Olympics in 2016. Richard Murray, who was expected to win a medal, finished fourth. Schoeman and Murray are both favourites in the elite race this year. Safe to say, we are hoping a South African will take it. The February start, according to climatic charts, will mean warmer waters. For the triathlon, this could mean quicker times on the swim.”