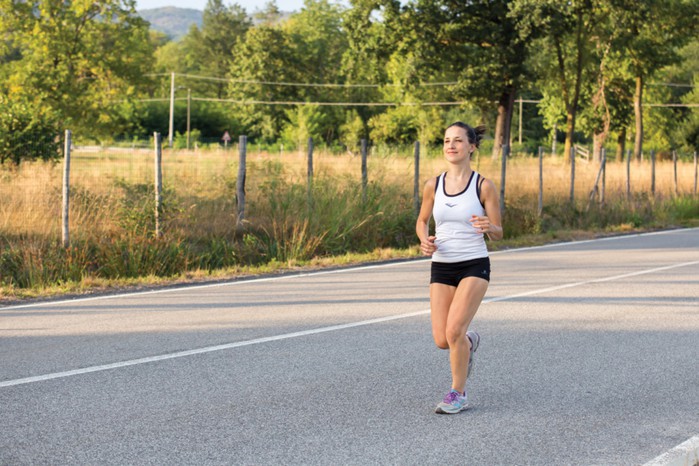 Once a goal has been set, the training and preparation needs to be holistic and realistic, because an athlete who is correctly prepared will often outperform a more talented athlete.

It is my belief that in every sport there are five areas of preparation: Physical, Skills/technique, Nutritional, Logistics and Psychological. The tendency is to place most, if not all of the emphasis on the physical, but truth be told, the importance of this diminishes with the distance of the race.

For example, Eleanor Adams, a British teammate of mine from the 1990s and a world-class six-day, 48-hour and 24-hour runner, often said she ‘de-trained’ for the longer events, rather than go in at her peak. This is totally logical: Trying to start a 1000km race at peak fitness often leads to overtraining and injury! However, Eleanor never started a race without logistic, nutritional or psychological preparation.

The Key Factors
Leaving aside the physical training, what are some of the key aspects to be considered? Firstly, nutrition is not generally about race day but rather about a lifestyle. The objective of training is to inflict minor damage to soft tissue and then to get the best recovery, which will improve future performance. Only in events longer than two hours is race nutrition really a consideration, but of course breakfast and post-race meals are important to speed of recovery, etc.

Skill and technique are more important than initially considered: The assumption that everyone knows how to run is flawed, and not assisted by the incorrect choice of shoes that impact on running style. The loss of basic PE classes at school has further impacted on technique. Learning to run with good posture, ‘natural’ landing on the ball of the foot and driving backwards, will continually improve running efficiency and performance, and this is probably the most overlooked aspect of preparation for road runners.

Logistics are critical and often these are handled or influenced by others, particularly at provincial, national or international level. An excellent example was last month’s World 100km Championships, where the South African team faced 22 hours of travel to Spain and arrived just 30 hours before the start. With minimal additional investment, they could have been given an extra three nights’ recovery in basic accommodation, but the potential benefit to the performance can make the difference when it comes to medals, records and good times. (For the 1984 Olympics, Britain’s Sebastian Coe took six weeks to travel from the UK to Los Angeles, in order to minimise the blood gas level changes, because the Gold medal in the 800m and 1500m races could be won by 0.1seconds. Everything counts.)

On the topic of logistics, simple things such as entries still require attention: The SA 100km team were entered for the main event, but not initially entered for the concurrent World Masters Championships, and without those entries Gift Kelehe and David Getebe would not have earned their age group Gold and Bronze medals. Food, seconding, pacing, medical support, time of rise and arrival at start, as well as preparation for weather and training on courses as close to race day conditions, are a sample of the myriad of logistics that prepare an athlete, give peace of mind, and improve performance levels.

Finally Psychological considerations: It is vital that the athlete enters the race with a confident, positive and determined mindset. Ironically, the more attention given to the other four preparation aspects, the greater the chance of entering the race with a positive psychological approach, because all other concerns will have been addressed. That said, the mindset for running laps differs from a point to point race. Also, athletes have the option of standing nervously or excited at the start line: The body reacts in the same heart-pumping, sweaty fashion, but one is dreading the gun, the other is excitedly awaiting the gun…

Getting the Mix Right
As in theatre, the performance is on the stage, but that performance is only as good as the co-ordination of lighting, make up, scenery, music and stage management, none of which is up-front and most remains unseen and unsung. The same is true of great athletes such as Carl Lewis – and the same applies to Usain Bolt – whose coach remained in the background and was not one of the ‘me-me’ coaches that Lewis has said are destroying the sport by taking front stage. Certainly, the coach frequently drives and stage manages the preparation of the team, and the athlete is the vehicle that turns preparation into reality, but what many do not understand is that it’s not the coach and not the athlete that is the star, but it’s the performance that determines the success of preparation.

About the Author
Norrie represented Scotland and Great Britain in numerous ultra-distance events, then emigrated and represented South Africa in triathlon. He is an IAAF-accredited coach and course measurer and is the official Old Mutual Virtual Coach. He has authored two books (Everyman’s Guide to Distance Running and Every Beginner’s Guide to Walking & Running), and counts 21 Comrades medals amongst his more than 150 ultra-marathon medals. More info at www.coachnorrie.co.za.