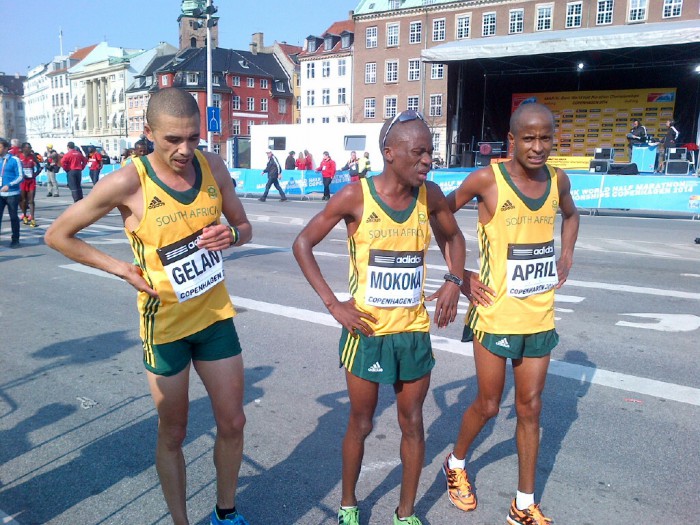 Stephen Mokoka will compete in the first World Marathon Majors race of his career next month when he takes on a field of world class athletes at the Tokyo Marathon. The South African athlete was recently named in the elite men’s line-up on Friday for the annual contest to be held on Sunday, 26 February 2017.

The field, spearheaded by former world record holder Wilson Kipsang of Kenya includes 10 men who have run faster than Mokoka’s best over a 42km – 2:07:40, which he clocked at the Shanghai Marathon in 2015. As a former track athlete, Mokoka set the South African 10km road record of 27:38 in Manchester in 2015 and then the national 15km mark of 42:44 in Cardiff last year. He has also run under 2:11:00 every season since making his 42km debut in 2010.

This will be his maiden appearance, however, in one of the six races that form part of the prestigious World Marathon Majors campaign. Although he is up against a quality line-up, should he cause an upset, Mokoka will become only the second athlete to win the Tokyo Marathon after national record holder Gert Thys in 1999, and the first to do so since the event was relaunched to form part of the Majors series.

The women's field will be led by former Commonwealth Games 10km champion Lucy Kabuu of Kenya, the only lady in the line-up to have dipped under 2:20:00.