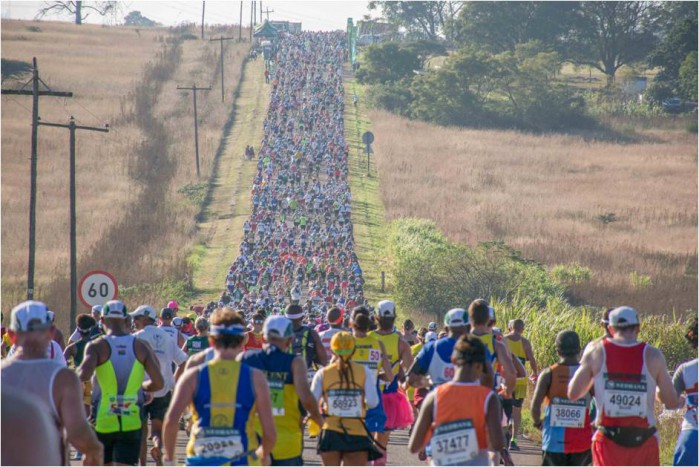 As aspirant Comrades runners prepare themselves for peak performance in this year’s up-run, the Comrades Marathon Association has announced the official distance of the 2017 Comrades Marathon as well as marginal changes to the route.

Comrades Marathon Association (CMA) Race Director, Rowyn James says, “The officially measured and certified distance is 86.73km. With regards to the route changes, we will return to the original up-run course through Pinetown without any detours and follow the traditional route from the start outside the Durban City Hall all the way to Pietermaritzburg, except for the last 7km or so.”

James continues, “Just after the top of Polly Shortts, a revised route will be followed to the new finish venue of Scottsville Racecourse. The route is similar to the one of the 1998 and 2000 Comrades Marathons, with a few minor tweaks here and there.”

The 2017 Comrades up-run will be slightly shorter than the two most recent up-run routes. The 2013 route was 86.86km long while the 2015 route measured 87.72km. In line with the Safety at Sports and Recreational Events Act 2010, James also confirmed that the Scottsville Racecourse would serve as the finish venue for this year’s race.

James says, “Aligning with the requirements of the Events Act necessitated the move to the racecourse. The landmark location served as the finish venue of both the 1998 and 2000 editions of the Comrades Marathon.”

James says, “We are working closely with the owners of the Scottsville Racecourse Gold Circle, to ensure that the facilities and other arrangements are in keeping with Comrades Marathon standards and to meet the needs of both our runners and spectators on race day.”

It all goes down on Sunday, 4 June 2017. For entries and information visit www.comrades.com or www.championchip.co.za.