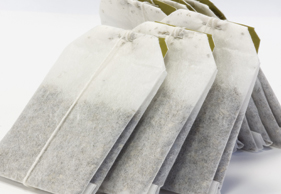 Caffeine is the best known member of a family of naturally occurring stimulants found in leaves, nuts and seeds in over 60 plants. Dietary sources include tea, coffee, chocolate, soft drinks and energy drinks – typically these provide 20 to 200mg of caffeine per serving. Coffee and tea are the main sources of caffeine for adults, while soft drinks are the main sources for children. Caffeine is also found in your sports drink: guarana added to sports gels/drinks/ supplements is the main source for athletes.

It's well-known that caffeine makes us more alert and delays sleep. It's also popular among athletes, since it can improve performance in some sports. However, people often wonder whether caffeine is safe. Right now, it appears that a moderate caffeine intake does not increase the risk of developing cardiovascular disease, osteoporosis or cancer. And contrary to popular opinion, caffeinated drinks do not dehydrate us, especially if we are used to caffeine.

HOW MUCH CAFFEINE IS SAFE?
Many different foods, beverages and medicines contain varying amounts of caffeine.
• It is recommended that adults limit their caffeine intake to no more than 400 to 450mg per day. This is about the amount found in three 250ml cups of regular coffee.
• Pregnant and breastfeeding women should limit their intake to no more than 300mg/day (two cups of coffee or six cups of tea). Caffeine can be passed to an infant in breast milk, which may result in irritability and sleeplessness.
• Recommended limits for children are even lower (45mg/day for children four to six years, 62.5mg/day for seven to nine, and 85mg/day for children 10-12 years). It doesn’t take much for children to reach these limits; a can of cola contains about 45mg of caffeine, an energy drink has about 80mg and a solid milk chocolate bar contains about 10mg.

CAN IT IMPROVE MY PERFORMANCE?
Caffeine has a complex range of actions on the body which have been extensively researched. It has several effects on skeletal muscle, and through some of these actions, caffeine may stimulate fat metabolism during aerobic exercise, ‘sparing’ glycogen stores and thus delaying fatigue. However, other studies have found this theory to be short-lived and confined to certain individuals only.

Caffeine has also been found to have other effects on the body that may influence athletic performance. It may affect the central nervous system, such as reduced perception of effort and enhanced recruitment of motor units, which may give athletes a ‘buzz’ and mask fatigue.

It is important to remember that caffeine-loading is not good for all athletes. Like any drug, caffeine affects everyone differently. Some athletes will respond and receive a pronounced performance boost, whereas some athletes are non-responders or may even experience disadvantageous side-effects.

CAFFEINE DOSE
Obviously it’s in an athlete’s interest to find the dose of caffeine that elicits the greatest benefit to their performance, but with the least level of increased risk or side-effect. Unfortunately, it’s been very difficult to conclude studies done on the effect of varying caffeine doses on performance, because of different body sizes of subjects and the use of absolute doses verses relative doses of caffeine. However, it does seem that beneficial effects from caffeine occur at very modest levels of intakes (1 to 3mg/kg body mass or 70 to 150mg caffeine), when it is taken prior to or during exercise.

It’s important to note that it seems that increased doses do not appear to improve performance further and may in fact be detrimental (tremors, increased heart rate, headaches and impaired sleep).

THE RIGHT TIMING
Caffeine is rapidly absorbed, reaching peak concentrations in the blood within an hour after ingestion. New studies are showing that divided doses of caffeine (smaller amounts taken in throughout exercise) are beneficial for performance, rather than one larger dose one hour prior to a bout of exercise.

More studies need to be done, but it’s thought that as an athlete fatigues during exercise, they become more sensitive to small doses of caffeine.

SOURCE OF CAFFEINE
Unfortunately, coffee as a source of caffeine for an athlete is not the ideal source because of the variability of caffeine content (one cup of coffee can contain anywhere between 25 and 214mg caffeine) and the possible presence of chemicals in coffee that impair exercise performance.

Furthermore, there is a lack of investigations of the effects of available caffeine sources, such as cola drinks and caffeinated sports drinks, compared to those of pure caffeine used in studies. Therefore, the athlete may find it difficult to apply the beneficial effects of caffeine to their ‘real-world’ scenarios.

The most important thing to remember is everything in moderation! For the average healthy adult, moderate caffeine intakes pose no health risk, especially if we eat a balanced diet and enjoy regular physical activity.