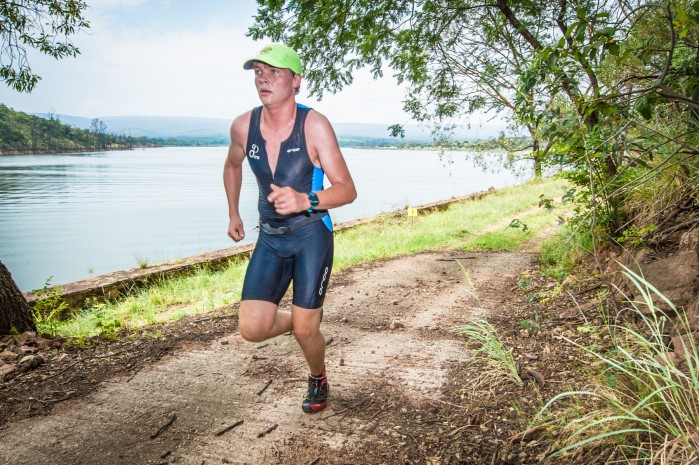 The 2017 XTERRA racing season will kick off on a high note at the magnificent Buffelspoort Dam in the North West Province over the weekend of the 20th – 22nd January 2017.

“We are excited to once again kick off the XTERRA racing season at Buffelspoort Dam,” says Michael Meyer, Managing Director of Stillwater Sports. “Our course designers have been hard at work over the Festive Season ensuring that only the best routes form part of the XTERRA experience. Entrants can look forward to an exciting challenge that incorporates magnificent routes and spectacular scenery.”

According to Hendrico Burger, Fedhealth XTERRA Race Director, the 2017 routes feature some exciting upgrades. “The first half of the XTERRA mountain bike course will be more challenging and will include a 3km steep technical climb with a 230m ascent while the second half of the course will be faster and less technical.”

Route highlights will include spectacular views from different vantage points on top of the plateau. The trail run route will feature a long, steep climb to the top of the plateau with a new decent towards the Buffelspoort Dam.

“The XTERRA Lite MTB course will be tackled in reverse, giving XTERRA regulars a new challenge,” continues Burger. “The XTERRA Lite trail run course has undergone some exciting changes and entrants can look forward to a fun challenge. The XTERRA Lite is well suited to newcomers to the sport.”

Commonly known as the world’s premier off-road triathlon, XTERRA combines an open water swim with a challenging mountain bike course and an adrenaline-pumping trail run. Each event highlights the true beauty of the area in which it is hosted.

For further information or to enter the Fedhealth XTERRA Buffelspoort, Nelson Mandela Bay or Grabouw, contact 082 991 0045 or visit www.stillwatersports.com