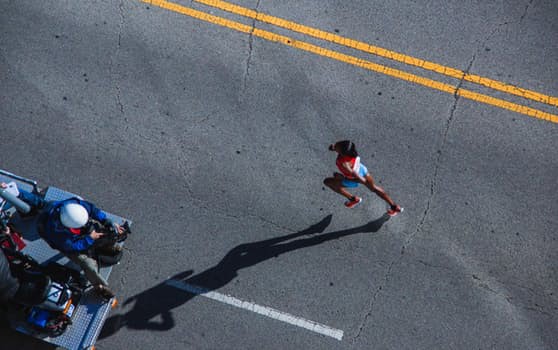 With just four days to do until Christmas Day, why not surprise yourself – and maybe a fellow athlete – with an entry into one of these amazing races. Be sure to secure your entry today and kick off your 2017 running season the best way possible. Look at these amazing events on offer!

1. Modern Athlete Bobbies Half-Marathon & 10km
The 2017 Modern Athlete Bobbies Half-Marathon & 10km will take place on Sunday, 5th February 2017 at the Greenstone Shopping Centre, Edenvale. This is the third year that Modern Athlete is involved as the title sponsor and it promises to be yet another special event. The course takes runners on an undulating route through the suburbs of Edenvale, Illiondale and Greenstone and is generally considered quite a fast course so a PB could be on the cards. We have some great sponsors on board this year so come out and join Modern Athlete, Bobbies and Greenstone Shopping Centre, and support your local community in this fantastic race. Click below for more!

2. 2017 Pick n Pay Marathon, Half-Marathon, 8km & 4km
Attracting a field of over 6000 runners, the Pick N Pay Marathon, Half-Marathon, 8km & 4km presented by Momentum is a regular go-to marathon for ultra-distance runners. Next year’s event will again boast the opportunity for athletes to qualify for the Old Mutual Two Oceans Ultra in March as well as secure a qualifying time for Comrades 2017. Now in its 34th year, the race gives athletes a little bit of everything, from a tough 42km to an easier 21km as well as the popular 8km & 4km fun runs around Senderwood. There is even a 420m Mini-Marathon for the U/4, U/6, U/8 and U/10 kiddies, an event for the whole family! Bring everyone down to the event and enjoy a day of running glory!

3. KPMG SunMile
The KPMG SunMile is a team event consisting of several mile batches with runners of similar abilities racing against one another. Teams of five runners each will compete in corporate, club and open categories and teams can be entered as male, female and mixed teams with a mixed team being made up of three ladies and two men. Team members will be seeded and therefore will not necessarily run in the same batches. The event has partnered with several establishments within the race precinct and gazebos and spectator support are strongly encouraged. Gazebo sites can be booked through the race office. Sites will be allocated on a first come first serve basis and gazebos may be erected in allocated zones when road closures come into effect. No alcohol may be consumed outside the entertainment area at 24 Central. The official runners after party will take place at Taboo Night Club in Sandton. Join us for an exciting event featuring an incredible line up of DJ’s and bands. The line-up will be revealed soon so keep your eyes peeled. Click below to find out more!

4. Cape Gate Vaal Marathon, Half-Marathon & 10km
The 2017 Cape Gate Vaal Marathon will be taking place on Sunday, 5th March 2017 and will be the 43rd running of this ever-growing event. The race will again start and finish at the Dick Fourie Stadium, Three Rivers, Vereeniging. A highlight on the road running calendar! This two-lapper gently meanders through four suburbs of Vereeniging and has a section along the banks of the Vaal River. While it is fair to say that the route is flat, it is by no means the easiest marathon you must work the whole way. This race also serves as a qualifier for the Comrades Marathon. Click below for all you need to know!

Make sure you visit the Modern Athlete online events calendar where you can check up on all the events happening in and around your area. Be sure to secure all your entries as soon as possible!