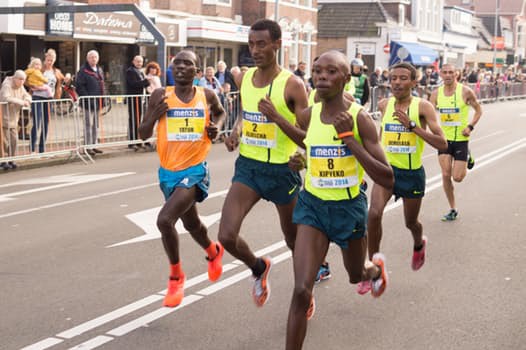 We are now midway through December folks and almost 100% sure that we are in holiday mode. It’s time to start switching on again before you miss out on these great events. Be sure to look at these events and secure your entry before they run out!

1. 2017 Johnson Crane Hire Marathon, Half-Marathon & 10km
Entries are now open for the 35th Johnson Crane Hire Marathon, Half-Marathon & 10km race. This popular event, hosted by Benoni Harriers will take place on Sunday, 29th January 2017 and is the ideal setting for the first marathon of the year. The route for 2017 remains the same and a double lapper is again on the cards. This relatively flat run allows all athletes to ease into the year. The 21km event and the 42km event will be timed by ChampionChip and all 42km results will automatically be sent to Comrades as a potential qualifying time. Qualifying times are calculated on a mat to mat basis so there is no rush to get across the start line. Click below for more!

The 2017 Modern Athlete Bobbies Half-Marathon & 10km will take place on Sunday, 5th February 2017 at the Greenstone Shopping Centre, Edenvale. This is the third year that Modern Athlete is involved as the title sponsor and it promises to be yet another special event. The course takes runners on an undulating route through the suburbs of Edenvale, Illiondale and Greenstone and is generally considered quite a fast course so a PB could be on the cards. We have some great sponsors on board this year so come out and join Modern Athlete, Bobbies and Greenstone Shopping Centre, and support your local community in this fantastic race. Click below for more!

3. KPMG SunMile
The KPMG SunMile is a team event consisting of several mile batches with runners of similar abilities racing against one another. Teams of five runners each will compete in corporate, club and open categories and teams can be entered as male, female and mixed teams with a mixed team being made up of three ladies and two men. Team members will be seeded and therefore will not necessarily run in the same batches. The event has partnered with several establishments within the race precinct and gazebos and spectator support are strongly encouraged. Gazebo sites can be booked through the race office. Sites will be allocated on a first come first serve basis and gazebos may be erected in allocated zones when road closures come into effect. No alcohol may be consumed outside the entertainment area at 24 Central. The official runners after party will take place at Taboo Night Club in Sandton. Join us for an exciting event featuring an incredible line up of DJ’s and bands. The line-up will be revealed soon so keep your eyes peeled. Click below to find out more!


Don’t be the one with #FOMO at the start of the new running season. Be sure to secure your entries today.