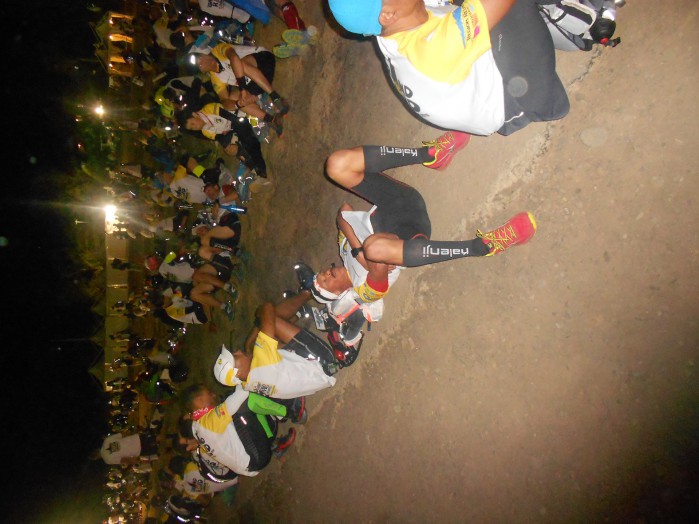 Modern Athlete was recently given an all expenses paid trip to Reunion to cover one of the world’s toughest trail running events, the Grand Raid Reunion, which was the final leg of the 2016 Ultra Trail World Series. Thanks to Reunion Island Tourism, our reporter Kyle Deeley enjoyed an experience of a lifetime exploring the island and its attractions before getting to grips with the race itself. Here’s his story.

To be honest, when I boarded my Air Mauritius flight I still had no idea where exactly Reunion Island was, or what it had to offer, so I felt a little bit uneasy, but a short four-hour flight across the Indian Ocean to Mauritius followed by a quick 45-minute connecting flight took me to Reunion, an absolutely stunning tropical paradise 175km south-west of Mauritius. Arriving at night, I was lucky to be met with cool conditions, but it also meant I wasn’t yet able to take in what the island had to offer. Oh boy was I in for a surprise!

Entering my well-set room at the Hotel le Juilliette Dodu brought a smile to my face. Cold drinks in the fridge, a massive double bed, a flat screen TV and super-fast Wi-Fi… This was paradise! I woke feeling refreshed and ready to tackle a new day, and upon opening my blinds, what I saw can only be described as heaven on earth: An absolutely stunning view of white sandy beaches, palm trees and the most incredible blue sea. I just stood there taking it all in.

Time to Get Around

Down in Reception I was met by my guide for the next four days, Sulley Chavre, and driving in the morning, I marvelled at the views of beautiful blue oceans and a truly majestic mountain range. This was like the Drakensburg on steroids! After a relaxed day of sightseeing, I lay down on my bed in my second hotel, the Boucan Canot, looking to get some rest before the chaotic three days that lay ahead, covering the Grand Raid Reunion. The race has three distances, with the 65km being the shortest, an ‘intermediate’ 111km, and the big one, The 100 Miler (167km) for the very brave and very fit. The organisers warn that this is a very tough event, even at the shorter distances.

At 7am the next day, Sulley arrived to take me on a hike to one of the highest points of the island, the Piton de la Fournaise at 2125 metres above sea level, which is the peak of the active volcano on the island. Luckily, we did not hike the whole way, having parked the car before walking for an hour to reach the peak. After some gruelling hiking, including scrambling up rock faces and across sand banks, we reached the summit to be greeted by a view that was worth every hard yard. It was quiet, cool, and stunningly picturesque, a landscape that stretched endlessly, and one of the highlights of my trip. After spending some time at the summit, we headed to the town of Saint-Pierre, where we would watch the 10pm start of the race.

Grand Raid, Are You Ready?

Arriving at the start three hours before the gun, we were treated to local music and dancing, which set the mood brilliantly as the excitement built. We watched as the runners donned their headlamps and prepared themselves for what lay ahead, and with elite athletes like Francois D’haene and Antoine Guillon, as well as SA’s own Ryan Sandes in the line-up, it looked set to be a highly competitive race.

This event has a really special start, with dancing, singing and clapping taking centre stage, and then at exactly 10pm the athletes set off, starting what would be for some a 24-hour journey, whereas for others it would take more than 48 hours of navigating a tough course filled with steep climbing as well as muddy and rocky descents. The race is also known for its friendly atmosphere, as described by French competitor Franck Giacometti: “The camaraderie of the Grand Raid Reunion is remarkable and you form friendships along the way that will last a lifetime, something you don’t get at many ultra-trail running events.”

Over the next two days we followed the route of the Grand Raid, stopping at vantage points along the way, including a hike to the summit of Maido, the highest point in the race. From there it was on to the halfway point at Cilaos, where quite a few athletes were receiving treatment for sore muscles. Then it was time to say goodbye to the mountains as we headed down to the town of Saint-Denis, where the race would finish, and along the way I was privileged to enjoy a helicopter flight with pilot Julien Dez, who took me exploring the volcanic lava tubes by air.

The race concluded in the La Roudoute Stadium, which was buzzing as throngs of spectators lined the finish straight. First home to the roaring appreciation of the crowd was Francois, taking the 2016 title in a time of 23:44:37, finishing 29 minutes ahead of second-placed Antoine. And coming home in fourth place after an epic run was SA’s Ryan in 25:23:31, gushing with excitement about his race experience.

“The Raid is one of the toughest, if not the toughest race I have ever run! The route is crazy technical with huge climbs, but also incredibly beautiful, with awesome views from on top of the mountains. Also, the people on the island go crazy during the race – running into some aid stations they even asked to get autographs signed! It was really a unique experience,” said Ryan. “I was really happy with my race. I made a few mistakes and my legs were smashed for the final 30km, but on the whole it went according to plan. I definitely think I will come back to this beautiful race now that I know the course a bit better. It’s epic!”

For me, the race was captivating from start to finish, but now it was time to end the trip with a three-course meal at Le Hotel de Saint-Denis. With a beer in one hand, a huge steak on my plate and the sound of the ocean in the background, I knew I didn’t want to leave this paradise.