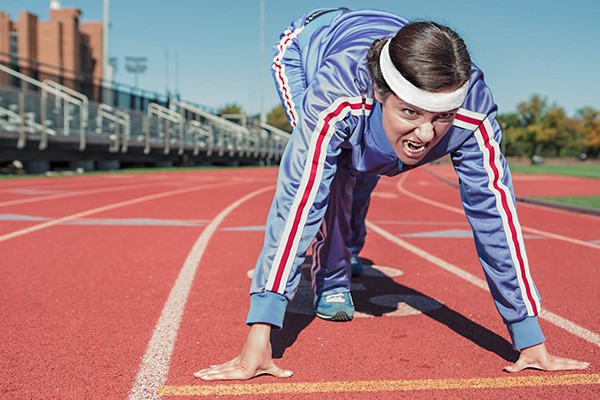 It’s almost the end of the year but before you log off you need to take the time to consider these events. 2017 is going to be a year filled with action packed events all over the country, be sure to enter your events today! Gauteng has a lot on offer so take the time to sit back and read this short piece on possible events for you to enter!

The 2017 Dis-Chem Pharmacies Half-Marathon & 10km will be taking place on Sunday, 15th January 2017. 2017 will celebrate the 16th anniversary of this premier half marathon in Gauteng. It once again takes place at the Bedfordview Virgin Active Club, heralding the start of the New Year’s running activities. The route for 2017 remains the same, taking the run through the scenic suburbs of Bedfordview. The organizational efficiency of this event continues to receive accolades year-on-year and the high value goodie bags are well received by all entrants. Once again, the ever so popular 5km dash will be run in conjunction with the half marathon. Click below to find out more!

Entries are now open for the 35th Johnson Crane Hire Marathon, Half-Marathon & 10km race. This popular event, hosted by Benoni Harriers will take place on Sunday, 29th January 2017 and is the ideal setting for the first marathon of the year. The route for 2017 remains the same and a double lapper is again on the cards. This relatively flat run allows all athletes to ease into the year. The 21km event and the 42km event will be timed by ChampionChip and all 42km results will automatically be sent to Comrades as a potential qualifying time. Qualifying times are calculated on a mat to mat basis so there is no rush to get across the start line. Click below for more!

The 2017 Modern Athlete Bobbies Half-Marathon & 10km will take place on Sunday, 5th February 2017 at the Greenstone Shopping Centre, Edenvale. This is the third year that Modern Athlete is involved as the title sponsor and it promises to be yet another special event. The course takes runners on an undulating route through the suburbs of Edenvale, Illiondale and Greenstone and is generally considered quite a fast course so a PB could be on the cards. We have some great sponsors on board this year so come out and join Modern Athlete, Bobbies and Greenstone Shopping Centre, and support your local community in this fantastic race. Click below for more!

Attracting a field of over 6000 runners, the Pick N Pay Marathon, Half-Marathon, 8km & 4km presented by Momentum is a regular go-to marathon for ultra-distance runners. Next year’s event will again boast the opportunity for athletes to qualify for the Old Mutual Two Oceans Ultra in March as well as secure a qualifying time for Comrades 2017. Now in its 34th year, the race gives athletes a little bit of everything, from a tough 42km to an easier 21km as well as the popular 8km & 4km fun runs around Senderwood. There is even a 420m Mini-Marathon for the U/4, U/6, U/8 and U/10 kiddies, an event for the whole family! Bring everyone down to the event and enjoy a day of running glory!

The KPMG SunMile is a team event consisting of several mile batches with runners of similar abilities racing against one another. Teams of five runners each will compete in corporate, club and open categories and teams can be entered as male, female and mixed teams with a mixed team being made up of three ladies and two men. Team members will be seeded and therefore will not necessarily run in the same batches. The event has partnered with several establishments within the race precinct and gazebos and spectator support are strongly encouraged. Gazebo sites can be booked through the race office. Sites will be allocated on a first come first serve basis and gazebos may be erected in allocated zones when road closures come into effect. No alcohol may be consumed outside the entertainment area at 24 Central. The official runners after party will take place at Taboo Night Club in Sandton. Join us for an exciting event featuring an incredible line up of DJ’s and bands. The line-up will be revealed soon so keep your eyes peeled. Click below to find out more!

The 2017 Cape Gate Vaal Marathon will be taking place on Sunday, 5th March 2017 and will be the 43rd running of this ever-growing event. The race will again start and finish at the Dick Fourie Stadium, Three Rivers, Vereeniging. A highlight on the road running calendar! This two-lapper gently meanders through four suburbs of Vereeniging and has a section along the banks of the Vaal River. While it is fair to say that the route is flat, it is by no means the easiest marathon you must work the whole way. This race also serves as a qualifier for the Comrades Marathon. Click below for all you need to know!

Rand Road Warriors in association with The Sarens Group are proud to present The Sarens Edenvale Marathon 2016 on Sunday, 12th March 2016. The proceeds of the 10km run will be donated to the Kidneybeanz Trust while proceeds for the 5km fun run will be donated to the Tiles 4 Change. Kidneybeanz Trust is a Non-Profit Organization, supporting children with life threatening kidney disease, and their families. Sarens and Rand Road Warriors will also be donating proceeds from this event to Tanah’s Gift of Smiles. The first three finishers and category winners will receive a gold medal. All runners who finish the marathon in less than 3 hours, and the half marathon in less than 1 hour 30min, will receive a silver medal. All other finishers will receive bronze medals. The race promises family fun. There will be food stalls, spot prizes and market stalls. Click below to find out more.

The Old Mutual Om Die Dam Ultra-Marathon & Half-Marathon is the largest inland ultra-marathon in South Africa, offering 50km of ultra-distance running around the picturesque Hartebeespoort Dam. This event attracts over 10,000 participants and due to the scenic routes and family appeal, the race is consistently voted as one of the top national ultra-distance events. The 50km is the flagship event and hot competition is always on the cards. Gold medals will be awarded to category winners, silver medals to men under the 3:45 mark and women under the 4:10 mark while the rest of the athletes will receive bronze medals. Click below to find out more!