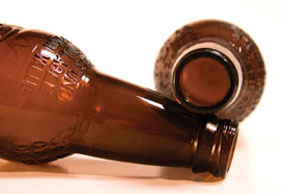 Most of us are aware of the negative short- and long-term effects that excessive alcohol can have on our bodies. These include sleep disturbances, irritability, anxiety, depression, anaemia, osteoporosis, pancreatitis, type two diabetes, liver cirrhosis, and cancer.

Also, let’s not forget alcohol’s massive contribution to our annual road death toll. Athletes however don’t seem to comprehend that they can get something as severe as liver cirrhosis! The fact is that drinking does not have to reach that level of abuse to affect sports performance. With this in mind, let’s focus solely on alcohol intake from an exercise/performance point of view.

METABOLISM OF ALCOHOL
When alcohol is consumed, it passes from the stomach and intestines into the blood, a process referred to as absorption. Alcohol is then metabolized by enzymes, which are body chemicals that break down other chemicals. In the liver, an enzyme called alcohol dehydrogenase (ADH) mediates the conversion of alcohol to acetaldehyde. Acetaldehyde is rapidly converted to acetate by other enzymes and is eventually metabolised to carbon dioxide and water.

The liver can metabolise only a certain amount of alcohol per hour, regardless of the amount that has been consumed. The rate of alcohol metabolism depends, in part, on the amount of metabolising enzymes in the liver, which varies among individuals and appears to have genetic determinants.
In general, after the consumption of one standard drink, the amount of alcohol in the drinker's blood (blood alcohol concentration, or BAC) peaks within 30 to 45 minutes (a standard drink is defined as 340ml ‘lite’ beer, 125ml of wine, or 25ml of 80-proof distilled spirits, all of which contain the same amount of alcohol). Alcohol is metabolised more slowly than it is absorbed. Since the metabolism of alcohol is slow, consumption needs to be controlled to prevent accumulation in the body and intoxication.

ALCOHOL AND WEIGHT/FAT BALANCE
Alcohol is a non-essential nutrient. We cannot store alcohol in our bodies. When consumed your body basically recognises alcohol as a toxin and preferentially uses (oxidises) alcohol as an energy source, rather than fat, and to a lesser degree carbohydrates and proteins.

This means that the fat that your body should be burning off is stored as adipose tissue, reducing fat loss! Alcohol is also energy dense (27kj/g or 7kcal/g) and contributes significantly to total energy intake. A recent study showed that alcohol consumption does not naturally reduce food intake. Therefore people who consume alcohol should reduce consumption of other dietary sources to maintain energy balance. For example, if one has two units of alcohol they should compensate by reducing their fat units by two. However, reducing the intake of nutritious food units to compensate for ‘empty’ alcohol units can be detrimental to the athlete.

ALCOHOL AND SPORTS PERFORMANCE
Moderate alcohol intake does not appear to affect performance, provided the correct amounts of carbs, proteins and fat units are consumed on a daily basis. Remember that too few carbs means too little fuel for the liver and muscles. Moderate drinking means not more than seven units of alcohol weekly for a woman and not more than 14 units for a man, however this is very general.
The effects of alcohol and how much alcohol can be safely consumed vary widely amongst individuals and also depend on weather conditions. After a race in hot weather, two beers may affect you like a six pack! Besides the well-known, short-term effects on the brain such as impaired reaction time, balance and hand-eye coordination, the negative effects of alcohol consumption for runners include dehydration and delayed recovery.

ALCOHOL AND DEHYDRATION
Drinking one or two beers or a glass of wine the night before a race in which the weather will be cool, will likely have very little effect on your performance. Before a race in hot weather however, one of the major limiting factors to your performance is your hydration level, so starting the race partially dehydrated from a few beers the night before is not a good idea.

In addition, sending blood to your skin (vasodilation) is one
of your body’s cooling mechanisms. When you are dehydrated, there is less blood available to be sent to the skin and less for the working muscles, so performance decreases and the risk of heat injury increases.
Going into a summer race after a few beers the night before means you will perform below par when the gun goes off, and your performance will get worse from there as you sweat out additional fluids. Similarly, starting out your Sunday long run in warm weather after a night of drinking is likely to make you struggle through it.

Coffee is another dehydration culprit. That early morning cup of coffee may wake you up, but it is actually counterproductive to rehydration as coffee is a diuretic. If you do indulge the night before a race, stick to low-alcohol beer, or alternate a glass of water or sports drink (if you are not trying to lose weight) with each unit of alcohol.

There are also dangers in drinking alcohol while taking anti-inflammatory medication or pain relievers. Drinking alcohol while taking these may lead to liver damage. In addition, taking ibuprofen or aspirin with alcohol substantially increases the risks of stomach irritation and internal bleeding. If you take anti-inflammatory medication or pain relievers, stick to the recommended doses and avoid alcohol.

ALCOHOL AND RECOVERY
In the first hour after a race, you may feel like a beer, but what you really need are fluids and carbohydrates. After a race, drink to replace fluids and replenish your carbohydrate stores, and when you have accomplished that you can afford to have a couple of beers or glasses of wine. Note that a can of beer only contains about 14g of carbohydrates, so contrary to popular belief, beer is not a particularly good carbo-loader or rehydrater! Additionally alcohol may cause the opposite effect and interfere with muscle glycogen refuelling.

Alcohol slows recovery both through its diuretic effect and because it is processed by your hard-working liver, which is also instrumental in many of the processes involved in recovery. If you want to recover as quickly as possible from the race, you should not drink any alcohol. If your life’s balance includes social drinking, however, try to drink an equal amount of water or sports drink for each beer or two glasses of water for each glass of wine.

It is important to remember that running is often associated with muscle damage and soft tissue injuries. Standard medical practice is to treat these injuries with vasoconstrictive techniques (e.g. rest, ice, compression and elevation).

Since alcohol is a potent vasodilator, it’s suggested that large amounts of alcohol may cause undesirable swelling around damaged sites and impede the recovery process.

Less oxygen-rich blood reaches your working muscles.
Your muscles have less oxygen with which to produce energy aerobically.
You must run at a slower pace.

IT’S ALL ABOUT CHOICE AND MODERATION
Try to keep the following points in mind before you down that drink:
Alcohol is not an essential nutrient, but there is no evidence of impairment to health and performance if alcohol is used sensibly.
Moderate intake really depends on your body composition (weight, fat percentage, etc) and genetics, but generally equals one unit per day for women and two units per day for men.
Since alcohol tolerance is variable, it’s difficult to set precise guidelines or a definition of ‘heavy intake’. It is suggested that women should not consume more than 20-30g of alcohol (two/three units of alcohol) per day and men not more than 40-50g (four/five units) for men. An intake of 80-100g of alcohol (eight to ten units) generally constitutes a heavy episode of drinking for the average weight male.
Alcohol is a high-energy, nutrient-poor fluid and should be avoided when trying to reduce body fat.
Athletes should avoid heavy drinking the night before an event, as one to two units will have negative effects in most people.
Intake of alcohol immediately before or during exercise will not enhance performance and can often impair psychomotor performance and judgment.
Heavy alcohol intake is likely to have a major impact on post recovery due to dehydration, impaired glycogen recovery and repair of soft tissue damage.
An athlete should rehydrate with appropriate fluids, and carbs immediately after an event, to aid muscle glycogen recovery and rehydration, and then only start consuming low-alcohol drinks (if no soft tissue damage has occurred).