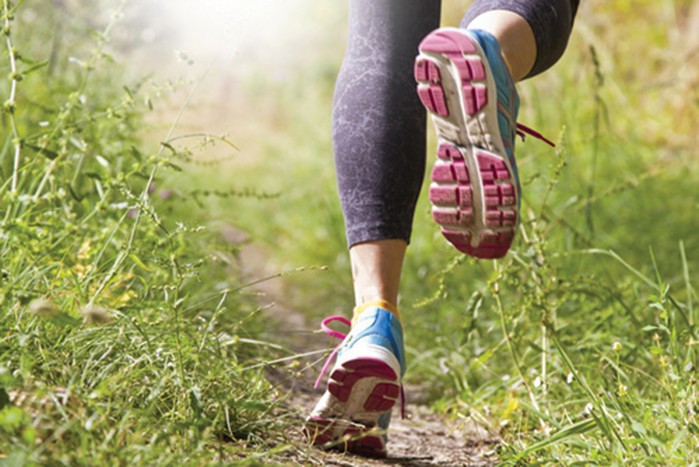 The tendency is to think that running is something everyone does naturally, and that we should first learn to run slow and then get faster, but is that the truth? – BY NORRIE WILLIAMSON

Generally we first learn to run by accident around 18 months of age. Having managed to get onto two legs, we start ‘tottering’ forwards, from table (or Granddad) to the safety of some other piece of furniture. It’s all about balance and getting to grips with our centre of gravity. Too much backward lean sees kids planting their bum on the floor; too much forward lean has them giggling in a rush of feet towards some point of safety, or sprawling on all fours.

Kids master the run with short efforts repeated many times. They go a few metres at a time, using relatively fast speeds, interspersed with walks, stops or falls, and then they’re off again. At school this process is typically extended on a field that is no longer than 100m long and 50m wide. Runs are rarely longer than 60m and in matches, typically only 5m to 20m, so acceleration is key instead of endurance. And acceleration comes from leaning forward, with short fast strides, landing on the ball of the foot, and driving backwards.

Take the Brakes Off

Similarly, appreciation of the centre of gravity compared to the foot position is the essence of distance running: With the centre ahead of the landing foot, we ‘fall’ into a run with the ball of the foot as the initial point of contact. With the centre behind the landing foot, we are forced into ‘sitting back,’ or braking our movement. Because speed is the focus at school level, once momentum has been achieved, many teachers (mistakenly) tell kids to stretch their stride by throwing the foot further forward. But every time a foot hits the ground ahead of the centre of gravity, there is a ‘braking’ action, unless there is sufficient momentum to carry the body over the centre of gravity.

In reality it takes 20-30 metres to accelerate to top speed, so only sprinters over short distances ever truly benefit from planting their foot forward – and they use spikes to pull back against the ground. So, running for any extended distance is about allowing the foot to land directly under the centre of gravity (or just very slightly in front), on the ball of the foot.

Also, it is counter-productive to use rigid shoes for an economic running style, unless we are running so slowly that we are almost walking. This ‘jogging’ action was developed in the early running boom of the 1970’s to cater for the mass portion of the community. Jogging is a heel-toe action that is encouraged by shoes where the heel is at least 12 mm higher than the forefoot. The cushioning is in the heel to counter the jarring from the braking action of landing ahead of the centre of gravity. A further challenge of jogging and heel-landing is that the whole foot is involved in the movement from heel to toe, whereas when landing on the ball of the foot, the impact of the heel is almost negligible and considerably shorter in time, allowing a reduction in the control measures required in the shoes.

However, joggers account for about 10% of the population of the USA – around 29 million people – whereas it is estimated that there are only 400,000 runners who run under five hours in a marathon in the USA, so no surprise which market the shoe industry designs most shoes for. This explains why so many people are in the wrong shoes for running (correct for jogging) and why the natural running style we learn as kids is forced out of us by the shoes we wear. Every running shoe manufacturer has good running models, and good jogging models. The challenge is to ensure that your shoes work towards your running objectives… which is why lightweight, low-heeled, flexible shoes continue to be the choice of most elite runners.

So, if we want to practise style and form, we must repeat it many times over short distances of 20m to 40m, focusing on the techniques and skills of a good running style. One to two form sessions a week and the correct shoes can revolutionise the running ability of any person who wants to run under 60 minutes for 10km, or five hours for a marathon. All you need to do is get back to basics.

Norrie is a civil engineer and originally from Scotland. He represented Scotland and Great Britain in numerous ultra-distance events and championships, then emigrated and represented South Africa in triathlon. He is an IAAF-accredited coach and course measurer and is the official Old Mutual Virtual Coach. He coached or managed various Scottish, British and South African teams to World Championships in running and triathlon, has authored two books (Everymans Guide to Distance Running and Every Beginners Guide to Walking & Running), and counts 21 Comrades medals amongst his more than 150 ultra-marathon medals. More info at www.coachnorrie.co.za.