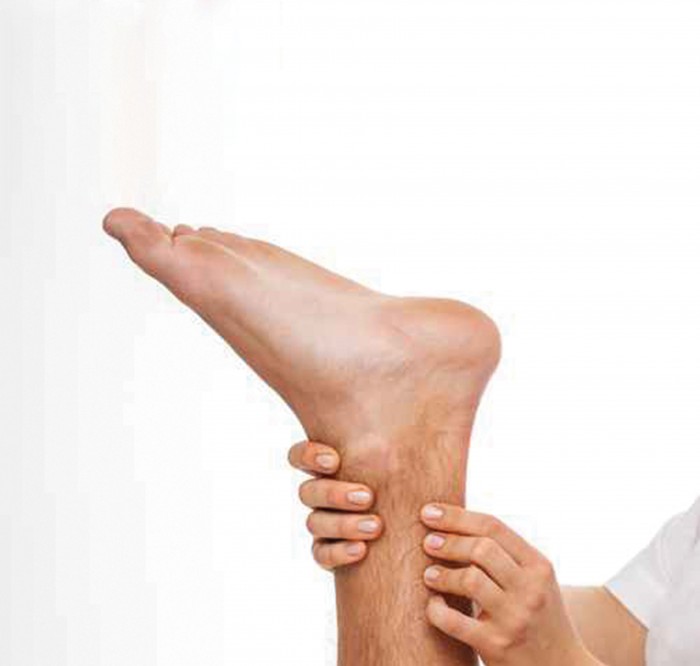 The Achilles tendon is the one physical attribute that allows humans to walk upright and to run long distances, unlike our ‘near relatives’ among the great apes. That makes it one of the most important parts of the body we athletes need to look after. – BY SEAN FALCONER

According to ancient Greek mythology, the great warrior Achilles was dipped in the sacred river Styx by his mother Thetis so that he would be immortal, but she held him by his heel and it was not touched by the water, so his heel remained mortal. During the Trojan War, Achilles was seemingly invincible, killing many Trojan warriors, including Hector, Prince of Troy, but Prince Paris of Troy shot an arrow into Achilles’ heel and he died of the wound. As a result of this legend, the tendon connecting the heel to the calf became known as the Achilles tendon, and the expression ‘Achilles Heel’ came to mean a point of weakness.

Ironically, the Achilles is actually the thickest, strongest tendon in our bodies, which it has to be in order to handle the strain of connecting the heel to the powerful calf muscle. With each step we take, or hop or jump, the calf contracts and pulls on the Achilles, which in turn provides the elastic energy to push the foot downwards and allows us to move forwards or upwards. Thus the Achilles carries our entire weight with each step, and several times our weight when running, sprinting, or jumping.

Tender Tendons
In spite of the strength of the Achilles, it’s not surprising that Achilles injuries are fairly common in athletes, with the most common cause being overuse due to a sudden, large increase in mileage, or a sudden force being exerted on the tendon that results in a tear or rupture. Misalignment is another common cause of injury, with tight or weak leg muscles and misalignment of the knee, hip or back placing undue long-term strain on the Achilles, as can low arches and uneven leg lengths, while women who wear high heels for long periods can end up with shortened Achilles.

There are two common Achilles injuries:
• Achilles tendinosis (formerly called Achilles tendonitis) is a soreness that comes on gradually and continues to worsen until treated. It often starts with stiffness when first getting out of bed, and lightly pinching the Achilles with the forefinger and thumb will be sore. This is a common injury among middle and long distance runners.
• Achilles tendon rupture is a partial or complete tear of the Achilles that comes on suddenly, sometimes with a popping sound. Partial and full ruptures are most likely to occur in sports requiring sudden eccentric stretching, such as sprinting, but can also occur in middle and long distance runners.

Achilles Fix
Treatment for Achilles tendinosis includes rest, icing and physio, followed by strengthening exercises. Treatment for an Achilles rupture includes complete immobilisation, or surgery in the most severe cases. Avoid anti-inflammatory and painkilling drugs, because Achilles tendinosis is a degenerative injury rather than an inflammation and the drugs will mask the problem, which will then likely get worse as you continue putting force on the tendon.

To prevent an Achilles injury, warm up properly with dynamic stretching before working the tendon too hard, such as gentle calf raises, jogging, jumps, hops or skipping. Do daily strengthening with calf raises, starting slowly with just your body weight and doing three sets of 10 to 15. When this can be done without pain, gradually increase the number of repetitions and sets, and then add weight. Concentrate on a slow, measured lowering, and be sure to go all the way down for a full stretch of the Achilles.