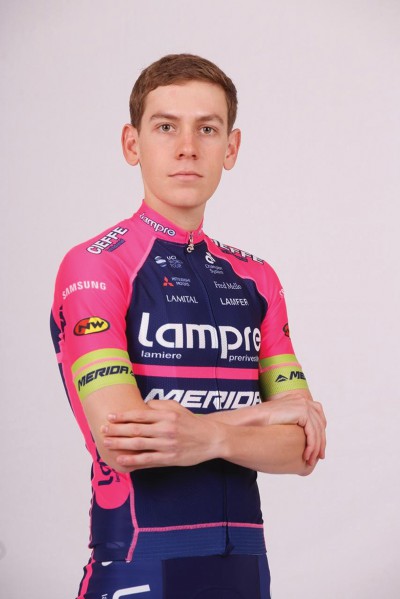 When he started riding at the age of 14, Louis Meintjes never knew his cycling would take him across the world, but today he is considered the Golden Boy of South African cycling, a mere six years after turning pro, having already competed in the world’s biggest cycling tours as well as representing South Africa in the recent Olympics Games. – BY RACHEL PIENAAR AND ROXANNE MARTIN

As a young boy, Louis looked up to his father and saw himself following in his footsteps to become an engineer, but that all changed when he got on the bike. “I started cycling when I was in high school and at first it was just to enjoy riding, but I started racing soon afterwards, and it got more and more serious,” he says, adding that while growing up in Rustenberg, his family was supportive, but they were not avid cyclists themselves. “My brother also cycled a bit, but my family weren’t very sport-orientated.”

Entering races in those early days gave Louis a mark he could measure himself against, and that marker became higher and higher with each passing year, until eventually in 2010 he placed first in the National Junior Time Trial Championships, then added the Under-23 SA Road Champs title. That made him realise the time had come to take his cycling to the next level, and he decided to go pro.

The Road to Success
The next three years saw Louis competing all over Africa, setting the base for his future career. He enjoyed success at the African Continental Championships in 2011, placing second in the team and individual Time Trial, but it was in 2013 that the world really started taking
notice as he placed second in the World Under-23 Road Championships. It marked
him as someone to watch, and so began his road to international success.

In 2014, riding for MTN Qhubeka, Louis took part in his first Grand Tour, the Vuelta a Espana. It was a steep learning experience for the youngster, seeing how he could do against the world’s best. “It was definitely an eye-opener. A Grand Tour is tougher than anything else. You really need to be mentally strong and save energy all the time, because three weeks on the road is a long time. So, getting a fifth place on one of the toughest, and I think highest points, of the race was very encouraging,” says Louis.

It seems the international experience was just what Louis needed, and in 2015 he started his season off by winning the 30th edition of the Settimana Internazionale di Coppi e Bartali. “It was my first stage race win, which felt great and showed my progression year on year was improving. There were some really good climbers in the race, and I just tried something and was a little surprised to get away, but it felt very good,” says Louis. He also competed in his first Tour de France the same year, but had to retire due to illness. However, he didn’t allow that setback to affect him and bounced back to finish 10th overall at the next Vuelta a Espana. It was during this Tour that he also announced that he would be moving to Team Lampre-Merida for the 2016 season.

Slow Start to a Great Year
At the beginning of this year Louis set to work to make it a big year, and he says being based in Lucca, Italy with Lampre-Merida suited his training and lifestyle. “There are plenty of mountains around if I want to do a training camp, and the beach isn’t too far away if I want a break,” he explains. However, his initial results were doffed by bad luck, and Louis says he would rather forget the first few months of 2016.

After crashing out of the Volta a Catalunya on the third stage, his bad luck continued into the Vuelta al Pais Vasco, where he again had to pull out of the race and was unable to finish, but he says he moved beyond the disappointment by motivating himself to stay positive and believe in himself. “The start of the season was a tough one. I was affected by illness and cold weather, but my training remained good and was still better year on year, so I just stayed positive and kept believing. It was a good move, even though the season didn’t start off the best for me, because the team kept believing in me,” says Louis.

That belief paid off, because at this year’s Tour de France Louis really showed what he is made of as he became the first South African to place in the top 10 in the general classification of the race. He also placed second in the White Jersey competition, for the best young rider classification, finishing just behind Adam Yates. What was truly remarkable about Louis’ performance during the Tour was that he managed to stay with the lead group of contenders, featuring the worlds best in cycling, during the mountain stages.

When asked how he feels about his performance at the Tour, Louis says he actually hasn’t had time to process it all yet. “It took a few days after the race to sink in, but my racing schedule with the Olympics and the Vuelta a Espana has been hectic, so it hasn’t fully set in yet. I think I will be able to reflect on it properly when I am back home in South Africa at the end of the season.”

Rio Takes Centre Stage
Less than two weeks after the Tour, Louis found himself at the Rio Olympic Games, ready to compete with the best in the world in the hope that he could win a medal for South Africa. The 237km Road Race course was brutal, including an 8.9km climb with treacherous descents and a cobblestone section. That put paid to the hopes of many of the pre-race favourites, including Vincenco Nibili and Richie Porte, but Louis once again displayed his growing strength and experience to stay clear and post another top 10 finish.

“The course suited me and I wanted to use the form I had coming out of the Tour. I wanted to go there and be part of the action, so I am happy,” says Louis. In fact, he says that he enjoyed the experience so much that he is hoping to be able to go to the next Olympics in 2020. “It was a great experience and it is really a big occasion, like everyone talks about. I’d love to experience another Olympic Games.”

No Time to Catch a Breath
Once again there was barely time to take in this achievement as Louis made his way straight from Rio to Spain to take part in the Vuelta a Espana Tour. While this tour didn’t see him take another high general classification spot, Louis still saw the race as good preparation for the coming year. “It has been a very long season, so I felt some fatigue, and the heat also played a role, but it’s good to get the mileage in the legs as a base for the next season. My job is to ride my bike and deliver, so it’s important to stay focused on doing that,” says Louis.

Unsurprisingly, many a South African cycling pundit is now talking about the possibility of Louis becoming the first South African to win the coveted Tour de France title, given his rapid rise to cycling stardom this past year and his top 10 finish in this year’s Tour. When asked if he thinks he can live up to that expectation, Louis is typically humble but still shows his determination to succeed. “That would be nice, but that’s a very difficult task. It is certainly something I will keep working towards.”

Louis says he is also aware of the impact his success on the world stage will have on cycling in South Africa, and the inspiration it will provide to those wanting to follow him into a pro career in cycling, but he warns aspiring young riders to be realistic about their dreams. “It’s not easy to get into Europe from South Africa, which is where you need to be if you want to turn professional, but you need to believe in yourself.” That has clearly worked for him, and all South African eyes will be on him in the coming years, hoping to see him claim a podium finish in the Tour as well as many other titles and accolades.