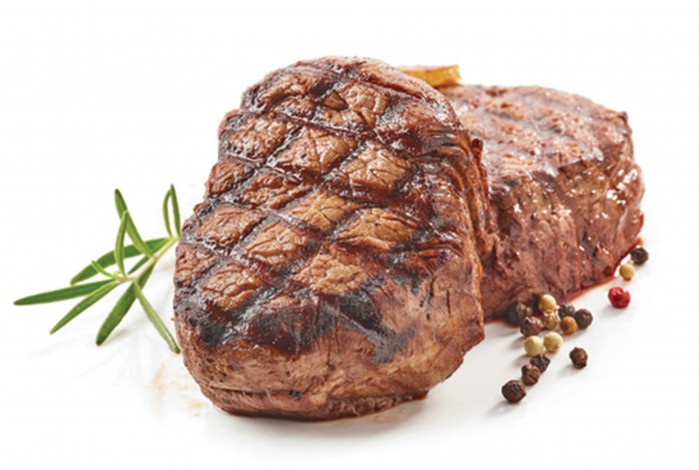 We are constantly bombarded by articles with contradicting advice regarding the consumption of different foods, especially red meat. Some experts say stay clear while others promote the regular consumption of meat, even the night before a big sporting event, and in some cases, even on race day. So who’s right and who’s wrong? – BY CHRISTINE PETERS, REGISTERED DIETICIAN

Think back to the days of the legendary Wally Hayward, the five-time winner of the Comrades Marathon in the 1930s to 1950s, who used to stop next to the road during races to polish off a juicy piece of red meat. Things have changed a bit since then, with runners unlikely to find a juicy steak served up by the refreshment stations in today’s races, but overall, South Africans are known for their meat consumption, and there is much controversy about whether it’s healthy or not, especially when it comes to sport.

ATHLETES AND MEAT
Let’s start by looking at what red meat is, and how it benefits you as an athlete:
• PROTEIN: Red meat provides high-quality, highly digestible protein, with all the essential amino acids that are used by the body to build structures, including bone, muscle, skin, nails and hair, and perform functions.
• HAEM IRON: Iron is needed for red blood cells and oxygen transport, and haem iron is more absorbable than the non-haem variety found in vegetables. Red meat contributes more than 50% of the body’s iron needs.
• ZINC: The zinc in meat is better absorbed than from plant foods. It is necessary for strong immune function, brain function, fertility and healing.
• B GROUP VITAMINS, INCLUDING B12: These vitamins are necessary for energy and brain function, and are only found in animal products.
• CARNITINE: Its main role is to help the conversion of fat into energy in the body’s cells.
• CHOLESTEROL: Red meat contains cholesterol, which in high levels is associated with increased risk of heart disease, but more recent studies have shown this only to be true for people up to the age of 50.
• SATURATED FAT: Red meat contains saturated fat, the kind that when eaten in excess, has been thought to raise blood cholesterol and the risk of heart disease. However, lean red meat, with visible fat removed and little marbling, is lower in saturated fat.

Red meat is therefore useful to athletes because it’s a high-quality source of protein, calories, B vitamins, zinc, and most importantly, iron. One of the major functions of iron is to carry oxygen to and carbon dioxide away from all the cells in your body. The brain also relies on oxygen transport, so without enough iron, you will find it hard to concentrate and feel tired and irritable. Iron is also needed to maintain a healthy immune system.

Athletes that consume red meat the night before a race are usually people who eat meat regularly and are used to high-fat diets and digesting meat. The reason many do this before an endurance race with a lower intensity, is that they can then rely on fat being a good source of energy for a longer period, without needing large amounts of carbohydrate to remain fuelled.

SAFETY CONSIDERATIONS
In late 2007, the World Cancer Research Fund (WCRF) reported a link between red meat and colon cancer, which caused worldwide concern. It recommended eating less than 500g of red meat per week and avoiding processed meat. However, this advice was disputed by other experts, who believe it was based on inconsistent research results. Health authorities now recommend that we eat lean red meat three to four times a week, where a serving is equal to 65-100g of cooked meat, e.g. a small steak, half a cup of mince, or a couple of slices of roast meat. Any less and other iron-rich foods will need to be eaten.

These days much of the reservations about red meat come not from the food itself, but rather the methods used to rear the animals, and to the processing done after the animals are slaughtered. Therefore, choose cuts from animals that are as naturally reared as possible, and in an unprocessed form.