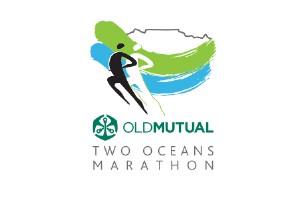 After months of planning and deliberation, the Two Oceans Marathon NPC has announced a new entry process for the Half Marathon, which will move from the usual online entry procedure to the introduction of a ballot application system.

This system is in keeping with international best practice as utilised by other high profile mass-participation events like the New York and London Marathons.

“The decision to introduce a ballot process to the Half Marathon was not taken lightly, and was only made after reviewing the extensive feedback we have received from our participants, and discussing practical options with our board, event partners and industry peers,” explains Carol Vosloo, General Manager of the Two Oceans Marathon NPC.

“The reality is that we have reached a point where the Half Marathon is oversubscribed, and where the demand for entries far exceeds the availability. Entries also sold out within hours in the past few years. This has placed incredible strain on our entry system and affected its communication with banking servers, which made for a frustrating experience.”

“By moving to a ballot application system and in turn, avoiding the rush that inevitably leads to frustration and disappointment, we are able to offer runners a smooth, inclusive, fair and audited entry process, and a better experience overall.”

The new ballot system is an applications process whereby prospective Half Marathon participants will have the opportunity to submit their application – or interest to enter – through the online applications system via the OMTOM website.

Blue Number Club runners, as well as Yellow number holders that are about to run their 10th Half Marathon will be the only runners excluded from this process. They will receive an exclusive invitation to enter and pay between 31 October and 10 November 2016. No application is necessary, and this invitation is not transferable. 1 000 entries are available in this pool.

Club and general runners will have the opportunity to submit their ballot application between 1 and 10 November 2016, via the online system on the OMTOM website. This will be followed by two separate audited, computer-generated random draws:

11 November 2016: 6 000 entries will be allocated to the pool of applicants that currently belong to a South African running club and have a valid Club license number (note that this will be up for renewal early in 2017).

18 November 2016: The balance of entries will be allocated to the general public ballot. Those who are unsuccessful in the Club ballot allocation will be added to the general ballot.
Runners whose names are drawn on these days will receive an email with a payment link.
Club Runners whose names were drawn on 11 November must complete their entry and pay by 4pm on 17 November 2016.

Runners from the 18 November draw will have until 4pm on 24 November to pay for their entry.
Runners who do not meet their payment deadline will forfeit their entry.

On 2 December 2016, all unsuccessful applicants will receive an email inviting them to run for a supporting charity, or to secure a substitution entry between 9 January and 6 March 2017.

2 000 entries will be made available to charity groups, who can apply to use the event as a fundraising platform. In 2016 over R3 million was raised through the charity entries.

Online entries for the 2017 Old Mutual Two Oceans Ultra Marathon have already opened and are currently taking a steady stream of entries. Entries are allocated on a first-come-first-served basis, and will remain open until the 11 000 limit has been reached.

“We therefore urge runners to watch our social media channels for entry updates and secure their entries to avoid disappointment.”

Prospective Ultra Marathon entrants must run a qualifying marathon between 1 July 2016 and 5 March 2017, and submit their qualifying time by midnight on 6 March 2017.

“Remember to be online when entries open to avoid disappointment,” warns Ms Vosloo. “Last year, entries closed within minutes of opening, and we expect the same to happen again this year.”