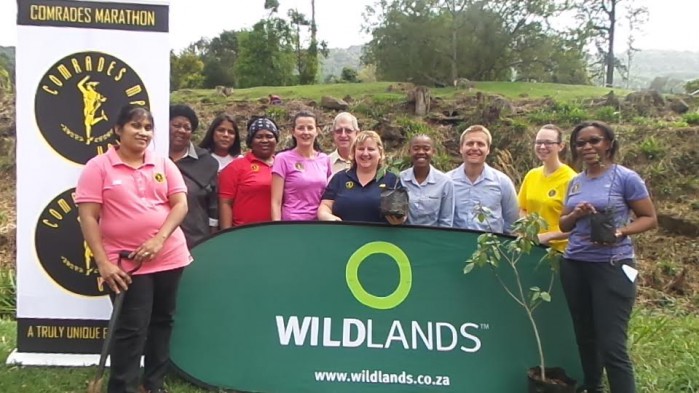 The Comrades Marathon Association (CMA) assisted one of its official charities, The Wildlands Conservation Trust, in their tree planting initiative on Tuesday Morning.

Wildlands inspired many businesses and other organisations in the region by setting itself an ambitious goal of planting 100 000 trees during National Arbour week, which takes place during the first week of September every year.

The saplings, all of which are indigenous varieties, were grown and nurtured by ‘tree-preneurs’ who barter with Wildlands for livelihood support items such as; building materials, water tanks, bicycles, food hampers or groceries.

Several local businesses came out in support of the beautiful greening initiative, by availing their staff to join in the tree planting. Thereby contributing to a greener and more sustainable future for the citizens of Pietermaritzburg.

CMA General Manager, Chris Fisher said, “We value the incredible work done by Wildlands. As an official Comrades Charity and as an organisation at the forefront of conservation efforts and with a deep commitment to bettering the social and environmental landscape with significant projects, we could not help but get involved.”

Fisher adds, “Our mission and goals are well aligned to serve the communities in which we operate and give back to society in meaningful ways.”