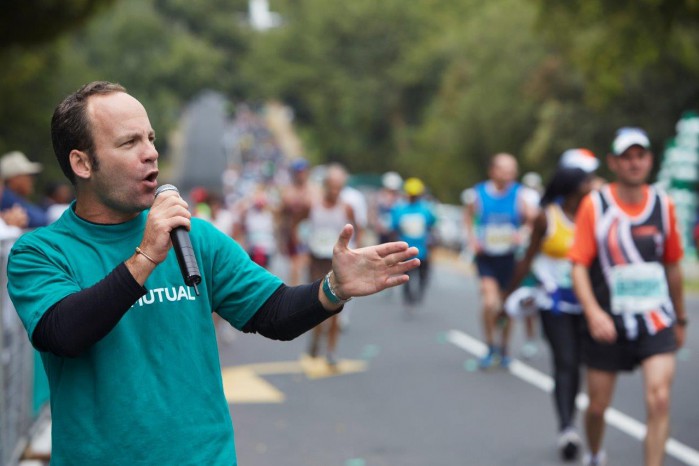 A few weeks ago we watched Wayde van Niekerk run 43.03 in the Olympic men’s 400m final to set a new World Record. It was a truly amazing performance, considering he was in the outside lane and could not see his fellow finalists, so just had to push as hard as he could to counter the stagger from the start, and that saw him pull away from the rest of the field down the home straight to post the fastest ever time run for the distance. It was one of those moments that every South African watching will remember for the rest of their lives with pride. That was a World and SA Record.

Then just over a week ago the Sanlam Cape Town Marathon took place and we watched in excitement to see if the runners could break 2:10 on the fast, flat course. The goal of the organisers is to create a ‘Big City Marathon’ vibe, with a massed field of participants, but also to provide a fast course that attracts the best in the world to come here and run world class times. This year they eliminated a few more twists and turns from the course to make it still faster, to achieve their sub-2:10 target, and the result was an awesome winning time of 2:08:41 by Ethiopian Asefa Mengistu Negewo. But that saw the record vs non-record confusion begin, because suddenly people were talking about a new SA Record… which it was not.

Getting Excited…
I was doing vibe point commentary at the Pink Drive water station at 32km when I saw an e-mailed press release come through on my phone, with the subject line stating that the SA Marathon Record had been broken. Wow, that’s incredible, I thought, quickly turning off the mic and opening the mail, because I had seen an Ethiopian and two Kenyan athletes leading the race as they went past me, and my immediate thought was that they had either been passed by a South African, or had pulled a South African to a blisteringly fast time of around 2:06. But that did not turn out to be the case. Instead, I read that Ethiopia’s Negewo had run 2:08:41 to “break the longstanding fastest time set on SA soil by David Tsebe (2:09:50) for a new SA record.”

Then a day later I received the weekly Distance Running Results mailer from respected statistician Riël Hauman and he wrote the following: “Despite the continuous and irritating statements by the finish line and prize-giving announcers at yesterday's Sanlam Cape Town Marathon that the winning time was ‘a new South African recoooord!’, it was nothing of the sort. It was not even a South African open record. The reason is simple – a foreigner cannot set an SA record. And, in any case, both the SA domestic and open record is 2:06:33, run by Gert Thys in 1999. All it was is the fastest time ever in South Africa on a standard course. Taking home the big prize was Ethiopian Asefa Mengistu Negewo (31), whose 2:08:41 not only broke his personal best of 2:11:16, set earlier this year at altitude in Bloemfontein, but also the 2:09:50 by David Tsebe in Port Elizabeth in 1990 as the fastest ever on a non-aided route on South African soil. The fastest time ever in South Africa is still the 2:08:04 run by Zithulele Sinqe on a downhill course in Port Elizabeth in 1986.”

What this means is that the PR people behind the scenes at the race and the commentators at the finish got themselves and their audience very excited about a very fast run, but with a wee bit of confusion as to what they had just witnessed. And I can see how it happened, because there are some subtle differences between various types of records and bests, according to IAAF rules.

For a course to count for record purposes, it must be classified as unaided: It must be a loop or semi-loop course, not point-to-point, so that the finish is less than half the overall distance of the race from the start, and the course must not drop by more than one metre per kilometre overall, i.e. must not be a downhill run. That is why David Tsebe’s time was the fastest official time on SA soil up till now, because Zithluele Sinqe’s time on the downhill PE course was not record-legal. Zinqe’s time is therefore classified as a Best, not a Record. The Cape Town Marathon course qualifies easily for record purposes, but then a South African would need to run below 2:06:33 to set a new SA Record, or sub-2:09:50 for a fastest unaided time on SA soil. Neither of those happened, so no SA Records were broken.

More Confusion…
This was actually the second time this year that an event in Cape Town saw confusion about records cloud the day. In May, the build-up to the FNB Cape Town 12 ONERUN saw various people talking about the SA Record for 12km being under threat, perhaps even the World Record, due to the very fast course on offer. So several people went a bit crazy when Stephen Mokoka outsprinted Kenyan Daniel Salel to win the race in 33:34, since it was a whopping 49 seconds faster than Matthews Mothswarateu’s SA Record of 34:23, run in 1988.

However, the ONERUN course is point-to-point and therefore not record-legal, but Stephen’s time is indeed a new South African Best. In fact, it only just missed the World Best by three seconds, that being the 33:31 jointly held by Joseph Kimani and Sammy Kitwara, and it moved Stephen up to fifth on the all-time list for all 12km courses, legal or aided. But this did not stop several members of the media reporting that Stephen had broken the SA Record.

What perhaps contributed to the confusion at the ONERUN was that the men were offered a R10,000 incentive to run faster than Mothswarateu's official SA Record, whereas the women were incentivised to beat Elana Meyer’s aided 38:39 SA Best. (The SA Record for women is actually 38:48, held by Colleen de Reuck.) Not that it mattered in the end, since the 39:40 winning time by Irvette van Zyl did not challenge either mark. But when Stephen broke the targeted mark, in a stunning sprint finish, it naturally got everybody excited, from finish line commentators to media to the public, and thus the record confusion spread.

The point of this is that we all love to watch fast times being posted and records being improved, especially if it is a national record, and the thrill of watching one of our athletes or one of our races produce world class times, perhaps even a world record, is something to truly savour. But we also need to know some background in order to know what we are watching, to recognise a record from a best time. But that all said, it did not matter whether they were records or not, all of the performances listed in this blog were damned exciting to watch!