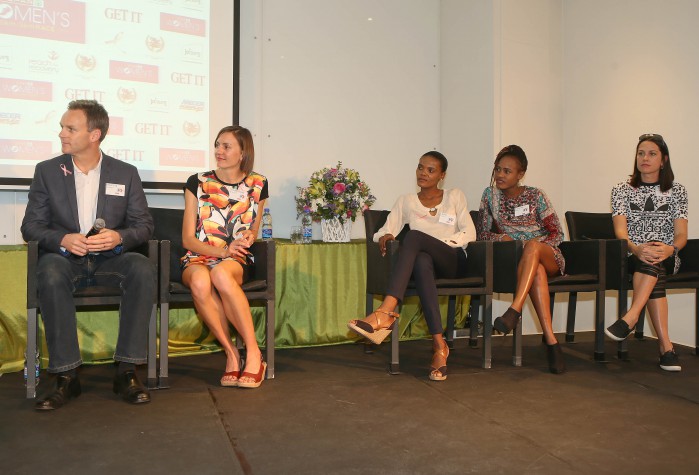 Johannesburg, South Africa – Athletics fever is at an all-time high in the country following the recent Rio Olympics. South Africans are still celebrating the achievements of Team South Africa, with Caster Semenya and Wayde van Niekerk elevated to superhero status after their gold medal victories.
Many couch potatoes who spent 16 days getting up in the wee hours of the morning to watch their heroes perform on the other side of the Atlantic, suffered withdrawal symptoms when the Games were over. Many of them decided to shake off their post-Olympics blues by getting off their couches to do something sporty.

Road running is one of the most popular forms of exercise, it requires little more than a pair of shoes and the determination to hit the road. The SPAR Women’s Challenge at the Wanderers Club in Illovo on Sunday, October 9, 2016, gives thousands of women something to train for.
The Johannesburg SPAR 10km Challenge and 5km Fun Run have become an important fixture on the road running calendar, with thousands of women and girls from all walks of life taking part. The Sonja Laxton-designed route winds its way through some of Johannesburg’s most beautiful, leafy suburbs and the race takes place at a time when the weather is usually at its best.
The Johannesburg Challenge is the final race in the five-race SPAR Grand Prix, so the country’s top female runners will be taking part in an effort to gain as many Grand Prix points as possible.

Four Olympians, Lebogang Phalula, Christine Kalmer, Ruthendo Nyahora and Irvette Van Zyl the current SPAR Grand Prix point’s leader have confirmed their intended participation in the Challenge. Nyahora successfully defended her SPAR Women’s Pretoria Challenge victory at SuperSport Park on Saturday.
SPAR also announced that three times SPAR Grand Prix champion, Rene Kalmer as well as the popular actress, Mel Du Bois of 7de Laan would be patrons of the 2016 Joburg leg of the SPAR Women’s Challenge.
“Our race is not only about top athletes and social runners and walkers but also about fun and entertainment, so it’s with pleasure we have Rene and Mel as our faces of the Joburg Challenge this year.” said Martin Webber, SPAR South Rands Marketing Director.
“Rene and Mel have been great supporters of our race over the years and will interact through social media with all entrants leading up to the race. They will be at the race in October which will certainly add the excitement on the day.”
Webber added that the 2016 Challenge promises to be more exciting than ever because of the rising number of entries and the celebrations of the SPAR Grand Prix’s tenth anniversary.

“This year, we challenge women to not only come and enjoy race day but as part of the SPAR Women’s Challenge family, to embrace what we are all about. The 2016 race is all about showing you care. So embrace the chance to be part of the race and support a larger cause.”
With October being Breast Cancer Awareness month, it is only fitting that the designated charity associated with the race is Reach for Recovery, a voluntary support group for women with breast cancer. The partnership goes back a number of years, and the women from Reach for Recovery have become an important part of the race, wearing their distinctive pink t-shirts and spreading the word that cancer is not necessarily a death sentence.

As in previous year, SPAR is encouraging schools to participate in the race and have partnered with Mercer to award the top three schools who have the largest entries and race finishers, with IT prizes.
For the first time this year, the organisers are also calling on the people of Johannesburg to help those who cannot afford the shoes needed to start running. During the 2015 SPAR Challenge, staff from Caxton noticed that many children from disadvantaged schools ran the race barefoot. As a result, Caxton is running the Drop off a Pair and Show You Care drive to put shoes on bare feet.
Participants in the Challenge can drop off an old pair of shoes when they collect their race numbers. The style and size don’t matter, what is important is that the shoes need to be in a good condition.
Those who donate shoes stand a chance of winning one of five R1000 SPAR vouchers, one of five sets of New Balance running shoes, or one of five hair vouchers from Tanaz in Sandton.

Entry forms are available from all SPAR stores or online at spar.co.za.