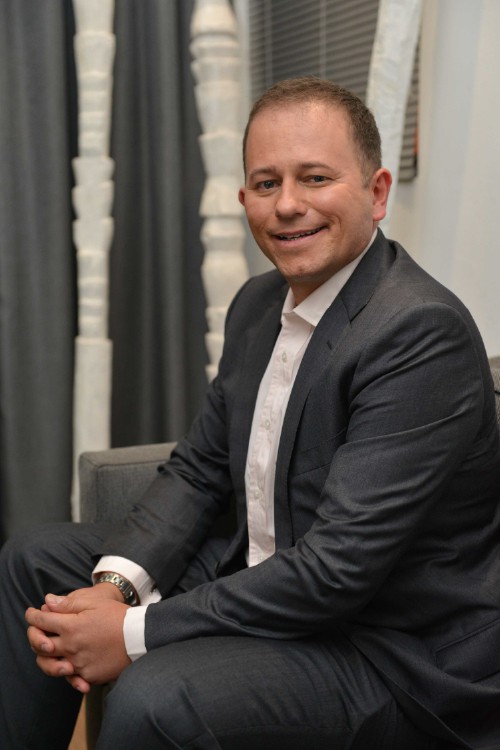 20 Aug 201617 May 2019 Modern AthleteColumns
Share
Tweet
0 Shares
Former sports journalist Dan Nicholl is host and executive producer of the The Dan Nicholl Show on SuperSport, and also works extensively around the world as an MC and presenter, as a columnist for a number of publications, and serves as an ambassador for the Laureus Sport for Good Foundation. Unsurprisingly, he finds it challenging to fit in some exercise. – BY SEAN FALCONER
MA: Tell us about your background.
DN: I was born in Northern Ireland, grew up in Zimbabwe and came to South Africa, where my mother was born, to study an honours degree in English literature at the University of Cape Town. I worked as a barman, waiter and occasional bouncer while at university, but I was very skinny and not very strong, so wasn’t very successful as a bouncer! I also spent some time at the Zimbabwe Cricket Academy, but I didn’t quite make the cut, so now I watch and talk about sport for a living instead.
MA: Where did the idea of The Dan Nicholl Show come from?
DN: In 1995, I spent a year in Australia as a Rotary Exchange Student and saw a number of shows where sport was used as a platform for entertainment and lifestyle television. That started me thinking, and in 2002 I filmed the first pilot for the show that eventually became The Dan Nicholl Show 13 years later. I saw a gap in the television market, got some great partners involved – Frontiers Sport and Entertainment, BrightRock and SuperSport – and eventually turned a dream into reality. The focus is on lifestyle more than sport – what people do away from their chosen sport, and because one of our three guests each week is not a sportsperson, we end up with some unexpected combinations of people, and you’re never entirely sure what’s going to happen!
MA: What role does sport play in our society?
DN: As an ambassador for Laureus Sport for Good, I’ve seen projects around the world do remarkable work dealing with education, health and community building… When Madiba said that sport has the power to change the world, he was absolutely correct. We face a lot of challenges in South Africa and sport has a key role to play in addressing many of them.
MA: Does your commentary work entail a lot of travel?
DN: These days it feels like I am constantly on and off airplanes, in and out of hotels, and in the last few years I have done about 150 flights a year, all over the world! The travelling starts out glamorous and cool, but by the third flight in one day, it starts wearing a bit thin…
MA: All that travelling must make fitting in regular exercise hard?
DN: That’s the biggest challenge. When I am somewhere picturesque and the weather is not revolting, I will go for a run to explore. I also love walking through new places – I was recently in Berlin to host a Laureas Awards pre-event, and went walking with my wife. Suddenly we realised we had been walking for six hours! Actually, it was a really good workout. Depending on where I am, I also try to get down to the hotel gym, if time allows, and it if doesn’t, Lisa Raleigh gave me a hotel room workout regime, including stretching, that I like to do that after a flight.
MA: What about when you are home?
DN: When I am at home it is easier to fit in a run, and I also have a personal trainer that reduces me to tears on a regular basis! Even better, I have a couple of friends in Joburg that are good cyclists, and we try to get in an hour’s ride here and there. I also get in a good walk when playing golf – it’s not quite Ironman training, but not being very good at golf means there’s a lot more walking backwards and forwards looking for my ball! Besides that, I am often running after our two-year-old, plus we have a 70kg bull mastiff called Stavros. He’s a gentle soul, but I once did a full workout with javelin thrower Sunette Viljoen that was easier than taking Stavros for a walk!
MA: So do you think it is important to keep fit and active?
DN: My line of work is my biggest incentive to keep fit. We recently did a piece up at Vic Falls with swimmer Cameron van den Burg, swimming in the crocodile-infested river right up to within a metre of the edge of the Falls… I only realised the next day how close we were, but the scariest part was still standing bare-chested next to him in front of the cameras!