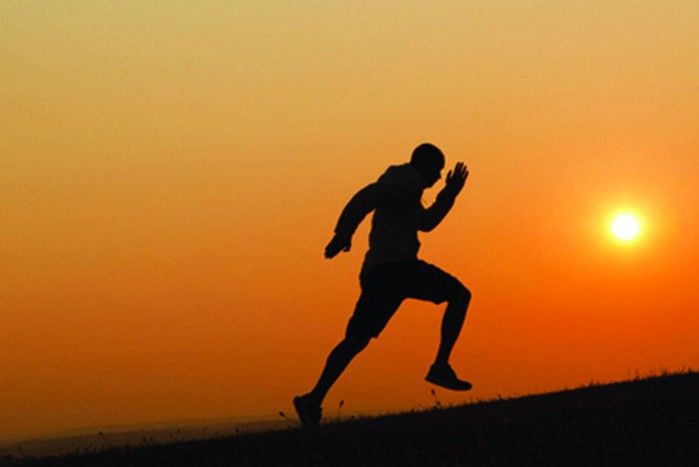 Looking for that one sure-fire session that’s going to help you run that elusive PB? Then make sure you include hill work in your training programme, as it will boost your strength, endurance and speed. – BY RAY ORCHISON

Hill training is a session that includes a number of short repetitions run up or down a specific hill or section of a hill. A typical hill session would start with an easy 15 to 20-minute warm-up jog, followed by running 100m up the hill at a fast pace before turning around and jogging very slowly back to your starting position, and then repeating a number of times. Your session would end with an easy cool-down run. It’s hard work, but a fairly simple concept, and you will reap the running benefits.

1. Strength: Hill training develops strength and power, which are the foundation for developing speed. For strength training, the length of the hill should be kept short (a maximum of 180m). Longer than this and you’re no longer achieving the purpose of the strength session, so look for a steeper hill instead of a longer hill. An example would be sprinting up the hill 15 to 20 times for 20 seconds, focused on a high knee-lift, with a slow jog or walk back to the bottom.

2. Endurance: Hill training also builds endurance, and this type of session would typically be done on a gradual or a moderately steep hill, with the length of the repeat between 300m and 600m. In most cases, 300m is more than adequate for building your form. However, for someone training for a 100km mountain trail run, a few sessions consisting of 600m hill repeats might better meet their needs.

An example of an endurance hill session would be two sets of five repeats of 300m with three to five minutes rest between sets. The speed at which you run the hill should be somewhere between 5km and 10km race pace, and your focus should be on maintaining correct form by leaning into the hill from your ankles, letting the hill come to you and allowing you to land on the forefoot and under your centre of gravity, head looking forward and shoulders relaxed with arms moving comfortably with each stride. Keep a good rhythm, control your breathing, and keep the pace constant.

3. Eccentric and speed development: To build eccentric strength – when the muscle is lengthening and contracting at the same time – find a gradual downhill, one so gentle that if you were running up this hill during a race you wouldn’t even consider it a climb, then run fast down the hill, concentrating on leaning forward from the ankles and shortening your stride to ensure that you land on the forefoot. You need to make sure that you’re not leaning backwards and landing on the heel, as is our tendency. A typical session would be three to six repeats of 300m to 600m.

THE HILLS ARE CALLING
When training for an upcoming hilly race, include a few endurance sets and one or two eccentric hill sessions, and for races where you want to push times and go for that PB, include some strength hill sessions. Also, if you’re looking to get faster by introducing track workouts to your programme, first start by including one hill session per week for six weeks, to develop the necessary base strength and speed for the track. Just make sure you don’t do too many hill sessions, thus risking injury, with downhill repetitions being especially tough on the body.