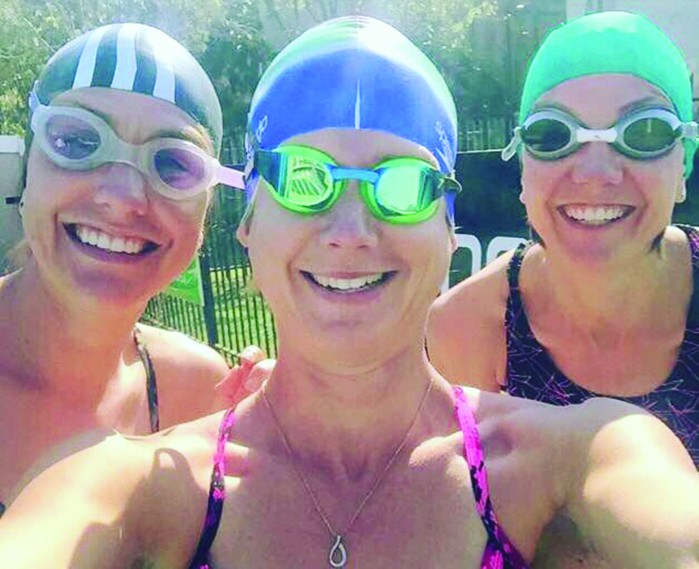 Many of you know that I have been battling with a hip injury for the last 18 months and was not able to perform anywhere close to my full potential. Thankfully, I hope to be back running pain-free soon. – BY RENÉ KALMER

Then at the Spar Ladies race in Durban in June, I realised that I just couldn’t continue like this. Running used to be my passion, but it had turned into a Pokemon stealing my joy and my love for something precious to me. Another visit to the specialist followed, and some new tests at last revealed the real problem: A tear in my Labrum. I was overwhelmed with emotion when the doctor told me that I didn’t have any other option but to have a hip arthroscopy to repair the tear. On the one hand, I was relieved that we had finally found what had caused me so much misery, and grateful for a possible solution, but I was frustrated that it took so long to solve my mystery hip injury. first wrote it off as an ITB niggle, but then the pain started to move around, from the groin to the glutes to the SI joint, and visa versa. I hobbled from doctor to doctor, from physiotherapist to biokineticist. New diagnosis… New treatment…. New hope! And in between, I filled my days with rehabilitation to sort out all my imbalances and try to be ready for my Olympic qualifying marathon in London. However, most of my races ended in tears of pain and frustration, and the worst part was trying to be brave and just “smile and wave.”

Dr Cakic is an amazing doctor! He even apologised for not making the call to operate a year earlier, but he really went out of his way to try everything possible to avoid surgery and thereby still give me a chance of qualifying for the Olympics. A professional cyclist had been sitting in the same chair in front of Dr Cakic and the doc made the call not to operate on him… and a few months later he won his first stage at the Tour de France! But not operating didn’t fix my problem, although, to be honest, I don’t think I was mentally ready for an operation at the time, so we made the right decision not to operate till now!

The month before the op was probably one of the longest I have experienced, as I literally counted down the days. I made a mental shift to stay positive and do all the stuff I normally miss out on because of my training regime. We went away every weekend and I didn’t feel at all guilty for missing training. I’m still battling with the sleeping in part, but my husband Andre enjoys the fact that I don’t have to get up at 5am for my morning runs. I also surrounded myself with positive people, and one of them whose friendship I really treasure is Caroline W?stmann. She just would not allow me to feel sorry for myself. Instead of focussing on running, we had weekly swim dates, much to the amusement of coach Lindsey Parry and his triathletes. Probably because our favourite swimming drill was using the kickboards as we chatted away, planning our next running adventure… Watch this space!

The operation went well. Straight after coming out of the theatre, the hospital porter Silas ensured me that I was in good hands, as Dr Cakic had also sorted out his hip injury. Silas is a fellow runner from Diepsloot and obtained a silver medal at this year’s Comrades Marathon. I was clearly still under the influence of anaesthesia when I told him that I will run Comrades with him in two years time… The next morning Silas was the first visitor to come check up on me, and I’m looking forward to joining him at the Diepsloot time trial when I’m up and running again. The time in hospital also made me realise once again how thankful one should be for heath, mobility, doctors and nurses, hospitals, support structures, family and friends.

Typing this column four days after the operation, I am sitting on the couch watching television, with a Game Ready ice machine attached to my hip to speed up the recovery process. I will be using crutches for the next six weeks, and in the meantime I am doing rehab exercises three times a day, and sleeping a lot. I realise it is going to be a long road to recovery, but the idea of getting back to running pain-free makes it all worth it. I am motivated to come back faster and stronger in a few months time, and want to say thank you for all the phone calls, prayers and messages of support. They are truly appreciated and really keep me going.