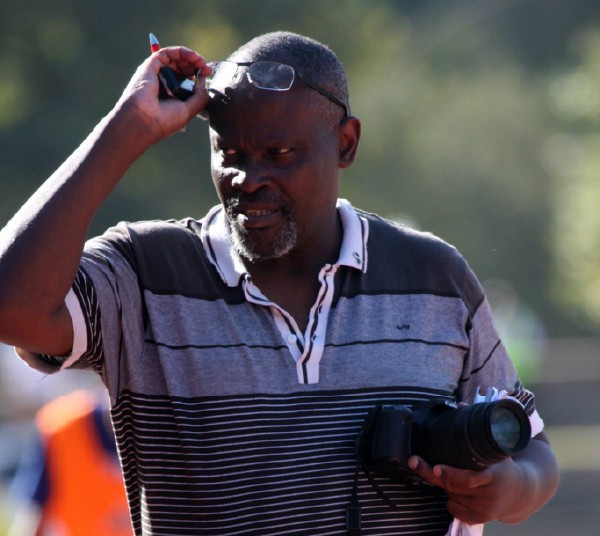 Modern Athlete is saddened by the news of the passing away of veteran Kenyan sports journalist, Mark Ouma on Sunday 10 July at the King Edward VIII Hospital in Durban after a short illness.

Mark was known throughout Africa for his work as the Sports Editor of Voice of America’s Day Break Africa News, and in particular for his extensive coverage of athletics and road running on the continent, including much time spent in South Africa. He was 56 years old.

Mark started his career as a lecture in philosophy at Makerere University and then Egerton University, both in Kenya, before pursuing his passion as an international journalist at the South African Broadcasting Corporation (SABC), later moving to Voice of America (VOA).

He was in Durban to cover the Confederation of African Athletics (CAA) Senior African Championships, but could only attend the first day of competition on 23 June before being taken ill and admitted to hospital.

“I was new to the athletic journalism field, but Mark immediately made me feel welcome and was happy to discuss events, story leads and the like. He was often running a bit late and seemed a bit disorganised at times, but everybody forgave him that because of his incredible passion for the sport and energy in doing his job.”

Athletics South Africa President Aleck Skhosana, described Mark’s passing as tragic. “We are shattered. After our initial visits to check on him at hospital, we had been confident that he will pull through after he had been his bubbly self since he was admitted on Friday 24 June for tests.

Mark will always be remembered as an advocate of African athletics and a professional in his work. I met Mark all over the world doing what he loved best, promoting African athletics. We have lost a brother. Our deepest condolences go to his family, colleagues and his friends. May his soul rest in peace.”

A statement from the Ouma family in Kenya said, “While we mourn the death of an eloquent speaker with a strong character, we also celebrate his remarkable life as an ardent sports enthusiast with a decisive sense of fair play. This he brought into his diligent reporting and coverage of sporting events the world over.

For those who may ask what they can do to honour and put an eternal smile on Marks’ face, we have a simple request, that as you continue to savour the numerous moments of sporting joy, exercise discipline in sports and ensure a sense of fair play – always.”