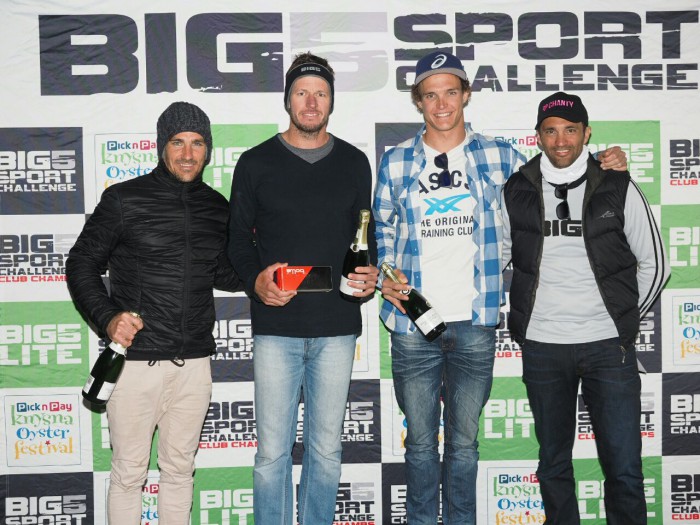 South African triathlete, Vicky van der Merwe won the ladies race.Bevan said “it was a little bit chilly, but a nice swim.” After his surprise win, Bevan also said that it was great to swim through the waterfront with lots of people watching us, and there was a great turn out of participants.

“I was worried as I hadn’t swum in cold water like this before, but it was fine, as the gun goes and the adrenaline kicks in you tend to forget about everything else.”Vicky commented before her race, saying that “today is a strong event for me and my aim is to try and stay upfront with the elite guys, but I have been sick so am hoping that won’t make a difference.”

After the race Vicky concluded, “I am so happy with my win, it is the one that I was really hoping to take. The water was really cold so I didn’t do a course scouting warm up which resulted in me making a mistake at the bridge and doing around 200m more than I should have, but I was lucky enough to still finish in first.

Next up is the Featherbed Trail Run. Most of the top athletes are really looking forward to this race. “I am currently happy with my running, although I am traditionally a road runner I have been spending time in Jonkershoek on the trails getting more off road experience.”

Stuart Marais finished in third place, but will maintain his number one spot on the leader board. “The swim is not my strongest discipline, but you have to make the most of every event. I thought that the water was really cold to start, but in the harbour it was even colder! Today was all about limiting the damage for me, and I actually really enjoyed the out and back swim and look forward to smashing a big burger now,” said Stuart after his swim.

With athletes having completed two sporting codes, the next challenge will be the impressive, Featherbed Trail Run (15km) which takes place on Tuesday 5 July in the Featherbed Nature Reserve.