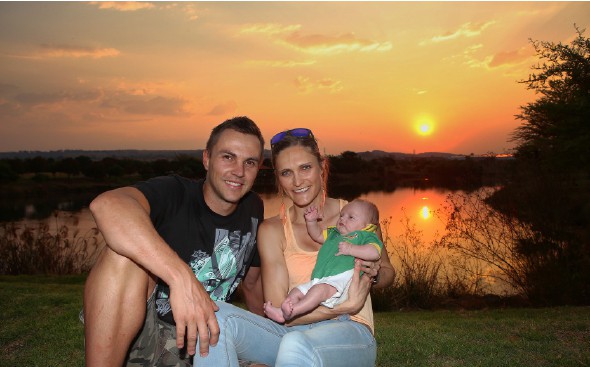 With the final names of Team SA for the Rio Olympics in August set to be announced in mid-July, SA’s top athletes are chasing qualifying marks at local and international meets and events. Here are a few who have recently put their hands up for inclusion in the team. – BY SEAN FALCONER

Triathlon qualifying for Rio came to an end in Yokohama, Japan in mid-May and it was Henri Schoeman and Mari Rabie spearheading the South African challenge to secure a place on the team. Henri ended seventh in the WTS event in Japan, just 30 seconds off the winning pace after a fine all-round performance, to seal his position on the SA team along with Richard Murray. On the women’s side, Mari looks to have done enough to secure selection as she finished 15th in Yokohama, following on from a top eight finish in the previous week’s World Cup event in Huatulco, Mexico, to round off a hectic period of seven races in 10 weeks in six countries as she chased ITU points to secure her selection for Rio. Also in action in Japan was London-based Gillian Sanders, 49th on the day, who has already done enough to qualify.

Tukkies student Le Roux Hamman became the latest 400m hurdler to put his hand up for the Rio Olympics on 11 June in Pretoria when he clocked a personal best 49.24 as the new Tukkies track saw its first action at the BestMed-Mondo Meeting. There are three spots available in the event, and thus far only LJ van Zyl is sure of going thanks to his 48.67 (see highglights, below), which is the combined second-fastest time in the word so far this season. At the time of writing, Lindsay Hanekom was the second ranked SA hurdler with 49.03, followed by Le Roux, but surprisingly, Commonwealth Games champion Cornel Fredericks (49.75) had yet ot qualify. However, athletes have until 11 July to qualify, so things may still change in this event, which has traditionally been one of SA’s strongest.

Speaking of LJ van Zyl, if he and wife Irvette van Zyl do both end up going to Rio, they will be only the third married couple ever to represent South Africa at the same Olympic Games, after Craig and Natalie Fulton (hockey, 2004) and Mike and Elvira Wood (fencing, 2008). Mathew Quinn (100m) and Heide Seyerling (200m and 400m) both represented South Africa at the 2000 Games in Sydney, but they only got married in 2002. Irvette is already confirmed as part of the women’s marathon team for Rio, and it looks highly likely that LJ will represent South Africa in the 400m hurdles. Both have already represented SA at the Olympics: LJ went to both Beijing (2008) and London (2012), while Irvette competed in the 2012 Olympic Marathon.

·         Caster Semenyalaid down another marker in the women’s 800m with a comprehensive victory at the Rome leg of the IAAF Diamond League on 2 June, equalling her world-leading time of 1:56.65 with her customary acceleration over the last 100m. After two years of relatively poor performances by her own lofty standards, she looks back to her best and a real contender for Rio, having now run three of the four best times in the world this year.

Alyssa Conleyran a personal best 23.00 seconds for the women’s 200m at the European Permit Meeting in Lucerne, Switzerland on 14 June. In spite of a 1.4m/sec headwind, she took 0.01 seconds off her previous best, set when she won the SA Champs title in Stellenbosch earlier this year.

Look out for more in-depth coverage of South Africa’s Rio qualifiers in coming months as we build up to the Rio Olympics in August.