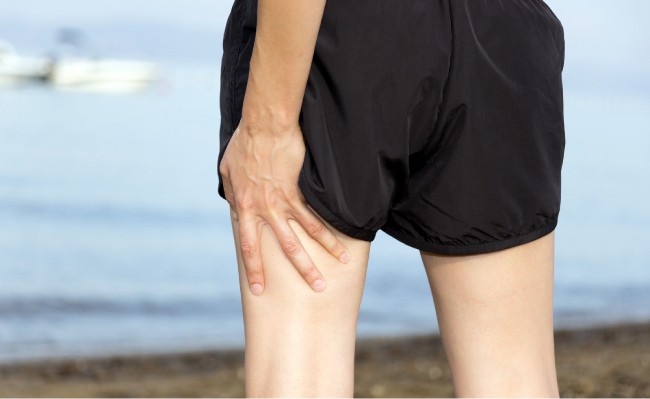 The strength of your quads and hamstrings should be equal in order for you to increase your running economy, allowing you to go further and faster. – BY SEAN FALCONER

Most training programmes recommend some gym work or cross-training for distance runners, to build power, improve balance between muscle groups, and perhaps reduce the chance of injury. Therefore, runners often do a lot of work on their legs in the gym, especially on their quadriceps, hoping that stronger muscles in their thighs will reduce the chances of knee injuries. However, most runners focus on the quads and neglect their hamstrings, and as a result, many runners have quads that are up to 40% stronger than their hamstrings – and this could be detrimental to their running.

The two muscle groups should ideally work in conjunction with each other during running, so the quads lengthen when the hammies shorten, and vice-versa – and the two muscle groups work most efficiently together when their strength is about the same. Therefore, runners should aim to include hamstring muscle-strengthening exercises that imitate running while they add some resistance. For example, steep hill bouncing or running, fast downhill running, or horizontal bouncing manoeuvres such as repeated single-leg long jumps.

In the gym, a terrific running-specific hamstring strengthening exercise is the hamstring hip lift: Lie on your back with your feet hip-width apart and the soles of your feet on a small bench or step. Now push down into the bench with your feet, lifting your hips up high, and you will feel your hamstrings working. Do not lift your shoulders, neck or upper back off the floor. Then lower the hips until your bottom is just off the floor, and repeat. Do three sets of 15 repetitions, with 45 seconds of rest between sets.

Once you can do 3 x 20 raises, progress to one-legged hamstring hip lifts on the bench. Start with 3 x 10 and build up to 3 x 20. After that, progress to using the Swiss ball instead of the bench or step. The instability of the ball automatically makes it harder, so build up via two-footed lifts to completing 3 x 20 reps of one-leg hamstring hip lifts on the Swiss ball.