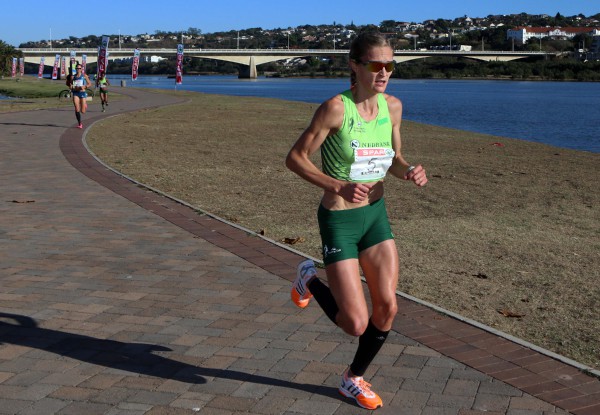 Recently, concern was raised about Irvette van Zyl and her qualification for the Rio Olympic Games set to happen in August 2016.

Irvette stated that the 10 000m was always Plan-B. Irvette had qualified for the Olympic Games by running a time of 2:32:20 in the recent London Marathon. She is confident that the training she is receiving from coach Lindsay Parry will enable her to run a faster 10 000m time than 32 minutes.

“The problem is that I am battling to get an invite to compete in an international 10 000m race. Time is running out and the fact that I have already qualified for the Games in the marathon could mean that, at least for the moment, I might abandon my plan to try to qualify in a second event.”

Irvette said that she and her coach Lindsay Parry have learned valuable lessons from her participation in the 2016 London Marathon.

“I will be honest.  To be able to run a sub 32-minute 10 000m race is one of those must-do goals I have set myself. So if I don’t do it this year I will definitely try to do it next year. I am actually considering to race more on the track next year.”

But running the marathon is the least of the Nedbank runner’s problems at this very moment in time. On Sunday, 15 May 2016, Irvette will be competing in the FNB Cape Town 12 ONERUN. While Irvette is confident that she is able to win any race from 5km to 21km, she is not so sure about being victorious over 12 kilometres.

“Twelve kilometres is an odd distance to race. Last year I raced it exactly the same way I would have done over 10km, but those last two kilometres felt very long. I think I will have to change my mind-set when I race on Sunday.”

Although Irvette has not been beaten in a local race this season, she is hesitant to make any predictions. The organisers have invited some top international athletes and the competition will be very interesting.

“The best I can do will be to try and make a race of it. Then whatever happens, happens.”