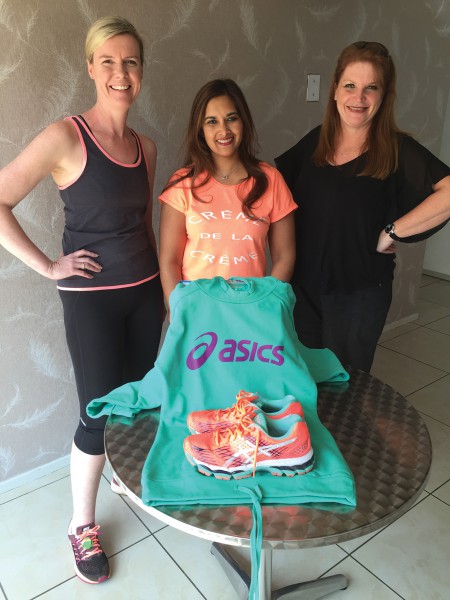 5 May 201617 May 2019 Modern AthleteRacing
Share
Tweet
0 Shares
The first wave of the Modern Athlete 9to5 Challenge has come to an exciting end, and now that the dust has settled, the prizes have been awarded, and the many happy newbie runners have teamed up with their training mates to continue running now familiar routes, I can reflect on what this whole challenge is all about. – BY 9TO5 COACH JEANNIE JORDAAN
In the days leading up to the first Modern Athlete #9to5Challenge challenge, aimed at getting complete non-running beginners to take up running and be able to run 5km after nine weeks, I must admit that I didn’t expect the awesome results that were achieved by the first wave. At every session, every person brought their A-game, especially for that dreaded first session, the Body Composition Assessment and Fitness Test. After the second session, the challengers really started to see what group training was all about, the key word being support!
Now it can be hard to go it alone, to keep the stamina up when your body is saying no, and what really touched me was receiving this message after the second session from one of the ladies in the Huddle group: “Thank you so much, Jeannie. I appreciate the patience and the support that you and your team have shown me. It’s not much to a lot of people, but I never imagined that I would do the amount of running that I did on Monday. I'm looking forward to the next seven weeks.”
And with that the challenge began in earnest. There were some definite ups and downs, and most of the challengers found weeks four, five and six the hardest, as the programme really kicked into high gear. They battled with their breathing while running – or rather the lack of it – but with consistency and determination these same people were breathing much easier at the end of the nine weeks.
To quote one challenger at week four, “I am battling and am still sucking in oxygen as if it’s running out, and I’m not feeling like I am motoring through at all.” A mere four weeks later that same challenger wrote to the group with the following to say: “I’ve just done my hill training session (the 8 intervals) up a hill here in Fish Hoek, Cape Town, and I had a great interval run yesterday. Jeannie, I just want to say thank you so much for this programme. It has helped to get me running properly again after many years of stuffing about, and it is such a great sense of accomplishment to be feeling a little bit fit again!”
Mission Accomplished
My heart soared! In that moment I knew I had done my job with at least one person, and this is what we at Modern Athlete had set out to do in the first place with this challenge. That challenger went on to win the Overall Achievement Prize as she managed to drop a significant amount of body fat, reduce her weight, increase her lean muscle mass and her fitness test results, and shave a whopping 1 minute 30 seconds off her 1km time. Similar stories were revealed in the three other challenge venues, with incredible transformations happening both on and off the road. New healthy, sustainable lifestyles were forged, and friends were made in an environment that none would have thought of before.
So now I sit reflecting on the past nine weeks and I have to say that there was one common theme, one common thread, that ran through every team at the various venues: Everyone who took part in the #9to5challenge was finally putting themselves first, making the decision that this is their time. And for many this was the first ‘me time’ they had had in over 20 years. They were running for themselves, no-one else. And that is what the #9to5Challenge is all about. This is my time. This is my run. I will #RunForMe.
For more information about the challenge, please visit the www.modernathlete.co.za/page/9-to-5-challenge. Special thanks to Asics for sponsoring three pairs of FuzeX running shoes for our winners in the Challenge, and to StaminoGrow for the amazing hampers for the most improved in the Challenge!