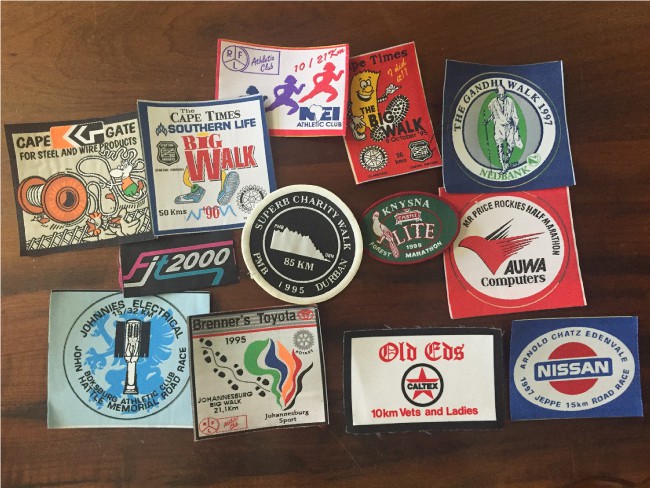 Cecily Rootenberg is not your average 90-year-old… In fact, she is still putting in race walking performances that many a younger athlete would be proud of, and it’s her passion for walking that keeps her young! Roxanne Martin met her for tea and to hear her remarkable story.

When Cecily Rootenberg grew up in Johannesburg, she says walking was the order of the day. “When we were youngsters we walked everywhere, because when I grew up, Sandton was just a lot of farms,” she explains. “My holidays were spent on farms, where we walked all the time, going wherever we wanted to go, as long as we walked to get there.” She was always active and in her youth she played tennis and golf, but later golf became too expensive and tennis was no longer an option, and she wanted to remain active, so at 68 Cecily joined Run/Walk For Life in Parkmore, because she wanted a sport that rang true to her roots.

“I loved it,” says Cecily, who quickly became an enthusiastic racer, and her first event was the 1993 Joburg Big Walk 21km: “I did a very good time of two hours 52 minutes,” she says proudly. After that she was hooked, training three times a week and stepping up her distance. “I have always liked the long distance walks, so I did half marathons, then marathons and the ultras. No race was too big or too long, I wanted to do them all!” Looking back, she says her favourite event would have to be the Cape Times Big Walk 50km, which she has completed 16 times, bringing home 13 gold medals in her age category! “My best time was 7:13, which I did at age 72!”

In the early 90s Cecily twice took on the big challenge of completing the Guard Bank 90km Charity Walk, a tough two-day event that covered the Comrades Marathon route, but she loved every minute of it, and says her proudest moment was walking into the finish alongside nine-time Comrades Marathon winner Bruce Fordyce, who had found the challenge a lot harder than he thought it would be. “Bruce’s comment after the walk was that runners are people who never learnt to walk!” she laughingly recalls.

There have been other humorous moments out on the road, especially when people see Cecily’s age category tags pinned to her vest. Her son Rory walks most races with her, and she says he has a good laugh about people’s reactions to his mother. “He jokes with people that it’s not my age, it’s my speed limit,” says Cecily. “It’s really special to have him with me at races… When I get stuck going up the tough hills, he just gives me a little push and keeps me going.” It’s also in those tough moments that Cecily says she always thinks of a saying that her friends Joy and Debbie shared with her many years ago: “Lord, lift up my feet and I’ll put them down. I have said it a lot, especially when it’s tough.”

Whenever Cecily does a race in Johannesburg, many people come up to her to simply tell her, “You’re my inspiration.” She says it is also incredibly special to get to a finish line and hear the people cheering her home, and she adds that the finish of the Soweto Marathon last year was one of the best. “So many people had come back to support those still finishing, and when I came into the final stretch, their cheers really just made the day all the more worthwhile. It was amazing!”

She takes it all in her stride, but sometimes something really special happens that stays with her long after race day, like last year’s Pirates Half Marathon. “Coming over Pirates hill, a man came up to me, saying, ‘I don’t believe it, I don’t believe it!’ To which I replied, ‘Believe it.’ He ran off and I thought nothing of it, and it’s only when he came back, gave something to Rory and mentioned flowers that I was intrigued as to what was going on. Well, he gave Rory R100 and told him to buy me flowers,” says Cecily with a smile, adding that not only did it make her day, but it strengthened her belief in the country and showed her once again how the sport of running transcends colour lines.

“When you are a runner or a walker, there is no colour, everyone is buddies,” says Cecily, adding that if everyone joined an athletic club and got running or walking, it would solve a lot of issues in this country. She says that’s a big reason why she loves the sport so much, because it brings everyone together, no matter age, race or class, and because she always feels at home.