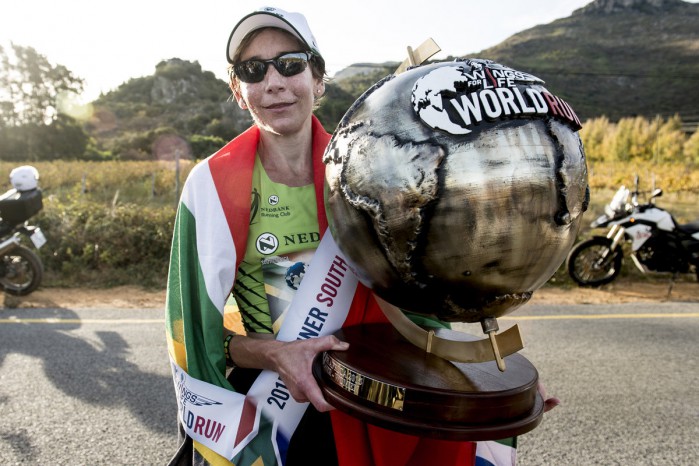 The Modern Athlete tam was saddened to hear earlier this week that one of South Africa’s greatest female ultra-marathon runners, Riana van Niekerk, passed away on 13 February after a nine-month battle with pancreatic cancer. She was just 39 years of age.

Riana was diagnosed shortly before the 2015 Comrades Marathon, when seemingly in top racing shape having just recently posted her sixth win at the Old Mutual Om Die Dam 50km ultra two months earlier in March. She had also won this event in 2002, 2005, 2007, 2009 and 2014, which included a very fast 3:22:39 in 2007, still the seventh-fastest time for 50km by a South African woman on a legal (unaided) course.

Unfortunately, six months of chemotherapy and having parts of her gallbladder and pancreas removed could not save her, and in a poignant message to friends and family on social media just after her passing, her husband Allie wrote, “She fought like the champ she was.”

Riana finished the Comrades Marathon seven times and was a four-time gold medallist (2004, 2006, 2008 and 2011), including being first South African woman home in 2008, when she finished sixth. That same year she had been first SA woman in the Old Mutual Two Oceans Marathon, finishing fifth in 3:53:09, and she earned three Old Mutual Two Oceans Marathon gold medals during her accomplished career, which also featured wins in the Jackie Mekler Ultra in 2008 and the Forever Resorts Loskop Marathon 50km and City to City 50km (both in 2010).

So rest in peace, Riana, you will be sorely missed in running circles, and all our thoughts are with Allie, her husband, coach, manager and chief supporter.

The memorial service for Riana will be held on Thursday 18 February at 11am at the NG Kerk Wierdapark, 275 Piet Hugo Street, Centurion.