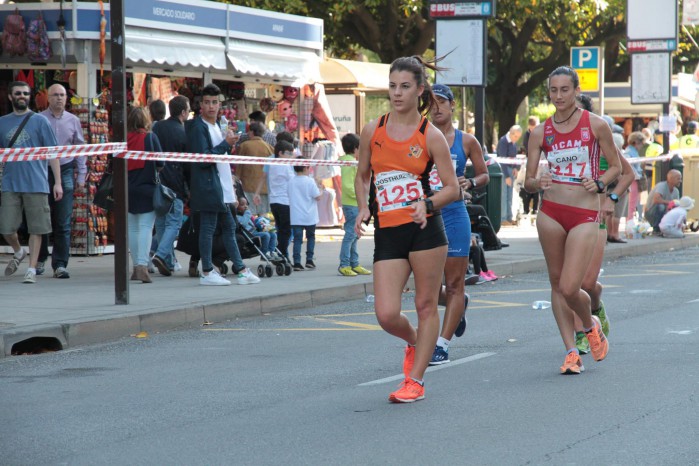 In the last three years, Anel Oosthuizen has established herself as South Africa’s best senior female race walker since the reign of 2004 Olympian, Nicolene Cronje, who was also coached by Carl Meyer. – BY MARK MUNDELL

In 2015 Anel took her 20km PB time from 1:42:40 to 1:38:03, an improvement of 4.81%, and the University of Johannesburg athlete says her sights are firmly set on Rio in August. “Olympic qualifying of 1:36:00 is my goal for 2016, and everything that comes with it will be a bonus,” says Anel. “Last year was my first senior year, and just like 2014, I had a phenomenal year, despite some setbacks when I twisted my ankle badly, which carried over into 2015, but through proper care I managed to race well.”

Anel had very good coaching as a youth and junior athlete, where a good foundation was laid, but it’s when she teamed up with Carl Meyer in her last junior year in 2013 that her performances improved markedly. “Since then I have learned how to train at the correct intensities. Other than that, the only other secret is to follow my programme – achieving the small milestones helps me to believe in my goals, and with the help of my coach to set realistic goals.”

“In the last three years I have also overcome my fear of disqualification, as my coach helped me to improve my technique to the extent that I have not had any judging problems in any of my local or international races since 2013. I became more confident and I can now focus more on racing well.”

Dreaming of Rio
Like 2015, this year promises to be another one of excellence for South African race walking, with the possible inclusion of four race walkers in the Olympic team. Two have already qualified, Marc Mundell and Lebogang Shange, and all eyes will be on Wayne Snyman and Anel Oosthuizen, the two walkers most likely to achieve qualification as well. “I plan to have my first Olympic Games qualifying attempt in March, when I will be doing two 20km events in Europe,” says Anel. “Thereafter I hope to have another opportunity at the World Race Walk Team Championships, and possibly a final attempt towards the end of May at another event in Europe.”