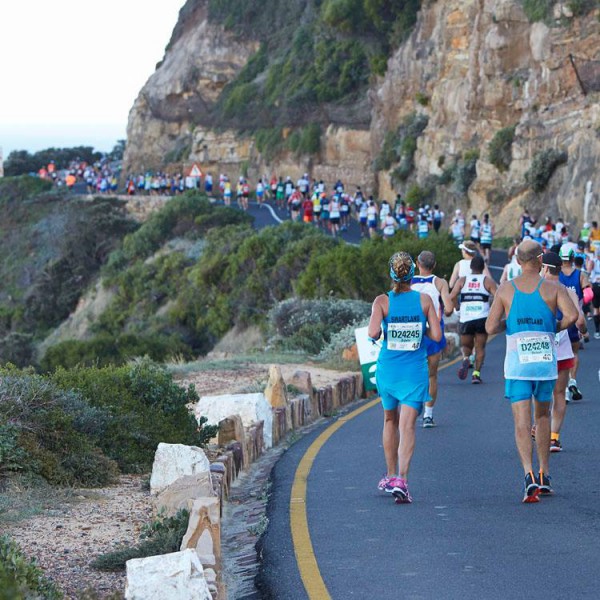 Entries for the Old Mutual Two Oceans Ultra Marathon once again closed in record time when the event reached its 11 000 entry limit in the early hours of 2 January 2016.

“Our early predictions of selling out by mid-January were completely blown out of the water,” says Carol Vosloo, general manager of the Two Oceans Marathon NPC.

“The ever-increasing demand for entries shows that the Old Mutual Two Oceans Marathon remains on the bucket list of runners across the globe and that the culture of long distance running is alive.”

Ultra entrants are reminded to submit their qualifier details and 2016 running club license numbers by 23 February 2016 or risk forfeiting their entry.

Good news for runners who failed to secure an entry into the 2016 Old Mutual Two Oceans Marathon, is that the substitution entry window is open between 11 January and 23 February 2016.

The substitution entry process provides runners who can no longer participate, the opportunity to “hand over” their entry to another runner.

“Runners withdraw for a number of reasons, but it’s not just a small matter of handing your race number over to a friend. Each runner’s personal profile – which includes important medical and emergency information – is linked to his/her race number, and the substitution process facilitates the linking of a newly-issued number to the new participant.”

Vosloo warns that not following the proper substitution procedure could have life-threatening consequences, as emergency personnel rely on the accuracy of the information linked to an athlete’s race number.

“We are responsible for the safety of over 27 000 runners, and urge all athletes to not only follow the proper procedures, but to also take responsibility for the accuracy of their personal, emergency and medical information.”


Athletes withdrawing their entries are encouraged to post messages on the event’s social network pages, www.facebook.com/TwoOceansMarathon, @2OceansMarathon on Twitter and Instagram. Runners can also join in the conversation by using the #RunAsOne hashtag.