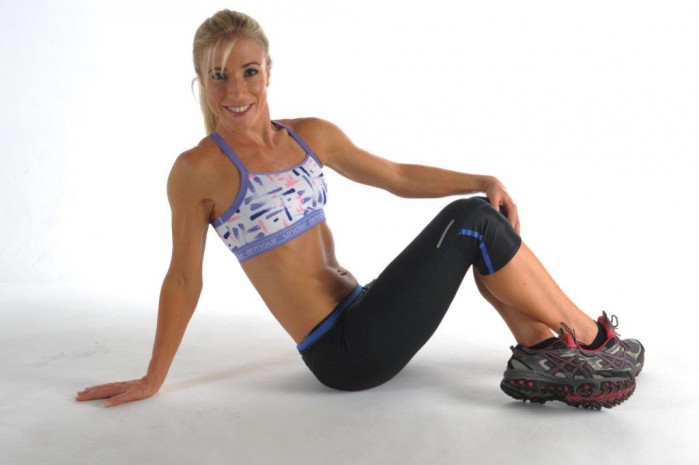 If you think you can’t run, then you need to speak to Jeannie Jordaan, the driving force behind the new Modern Athlete 9 to 5 Challenge for beginner runners, because today she may be faster and fitter than ever, but not so long ago she was having those same doubts. – BY SEAN FALCONER

Two and a half years ago, Johannesburg-based Life Coach, Wellness Consultant and Personal Trainer Jeannie Jordaan found herself contemplating a running life very much different to the one she had been leading since she was young. She had just undergone an emergency Caesarian for the premature birth of her twin boys Kergan and Barron, and she didn’t think she would ever be able to run at the same competitive level again.

“Fortunately my boys emerged strong and fearless, despite their two-month early entrance into the world, but I wasn’t sure I would be able to run again like before, because my body had changed and my pace had slowed,” explains Jeannie. “But running is capable of bringing about incredible change in all spheres of life, so when I was given the go-ahead to start running again, I hit the road with the twins safely snuggled in their infamous red running pram, and set out to prove to myself that it is possible to bounce back from pregnancy stronger and faster than before.”

Jeannie’s personal goal soon grew into an idea to create various group running challenges, to train, educate and motivate people who want to start running but just don’t know how. For the last 18 months she has been running these challenges with incredible success stories, health and wellness results and a whole lot of fun along the way, especially since the programme enables challengers to meet new running friends with similar goals. And now, starting in January 2016, Jeannie will be working with Modern Athlete on a bigger 9 – 5 Challenge, to get absolute beginners running five kilometres comfortably in nine weeks. “The nine-week programme is designed to help participants start slow and build a base,” says Jeannie. “We’ve all experienced or witnessed someone take on an overly aggressive training plan, only to quit, and the goal of this programme is to build sustainable, smart fitness.”

Running in the Family
Jeannie, who lives in Parkmore with husband Len and the twins, inherited her love of running from her father, Ron Henderson, a multiple silver medallist in the Old Mutual Two Oceans Ultra-marathon. “Athletics also played a big part in my school career, but it was only in my mid-twenties that the bug really bit hard, when I decided to up the ante and complete the Two Oceans, the race that had become a family destination every Easter.”

As a professional trainer, most of her time is now spent in the gym, but you can often spot her running the streets of Sandton in between sessions. She currently boasts a marathon PB of 3:12, which she is confident will be bettered in 2016 under the expert guidance of her own coach, Neville Beeton, and she has set herself the target of running her fastest marathon and ultra in the year she turns 40. “With AfricanX and my first Comrades on the cards this year, I feel more passionate about running than ever before. Fitness and health are cornerstones of who I am, and I cannot imagine life without sport and exercise.”

You CAN do it!
Jeannie is now focused on helping others reach their running, fitness and health goals. “If provided with the right programme, plus support and knowledge of one’s body, I believe that anything is possible, and this challenge is the first step to building better balance with power, purpose and passion,” says Jeannie, “so I am really looking forward to working together with Modern Athlete to get more people running. If you think you can’t run, then I am going to show you that you can!”