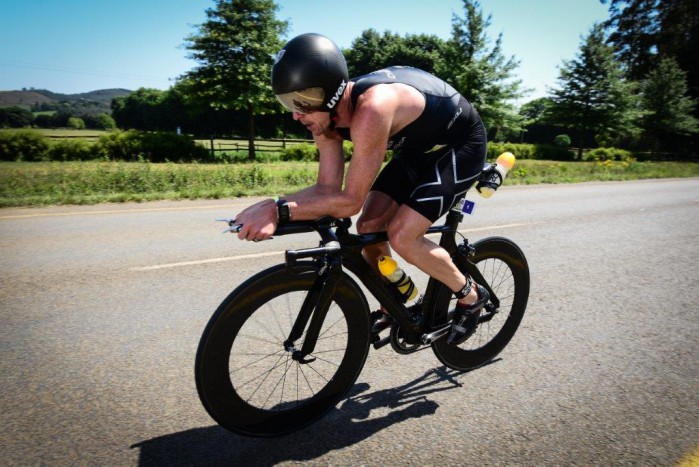 Some of the fittest athletes in South Africa lined up on the last weekend of November for the last big triathlon of 2015.

Dubbed the toughest 1/2 iron distance triathlon in South Africa, the athletes were eager to test their mettle and see who was the toughest!

Athletes arrived at Midmar Dam to cool, cloudy conditions, but soon after the Sprint race start, it was clear that the day was going to change into perfect racing weather.

The action started early with Ben De la Porta exiting the 600m swim just ahead of Glen Gore. On the bike course the top positions chopped and changed as the athletes surged to finish the 20km cycle loop ahead of the chasers.

After an error with the race leaders on the bike course, making it a 25km cycle route, it was up to the athletes to sort their final positions on the 5km run course. Haig Gibb claimed the overall title with Ben Dela Porta and Glen Gore in third.

In the Ladies Sprint race, Riana Robertson, Mikaela Jonsson and Jessica Dignon and Kate Clelland battled it out for the lead on the bike and run courses. Robertson managed to move ahead on the run and claimed the overall win 2min ahead of Jonsson. There was a battle for 3rd place with Dignon just clinching the last podium position after a hard run ahead of Clelland.

The Ultra race did not disappoint, with a strong field taking to the 1.9km swim course. Donovan Geldenhuys exited the water first, with Richard Lawrie and John Grobler hot on his heels. Race favorite Van Gelder exited a minute back, but knew that his strongest leg, the bike was coming up. Lawrie has a terrible start to the bike course, with a puncture in the first 500m, having to return to the transition to change his wheel. in the mean time Keelyn van Breder had exited the water and was making her mark on the tough bike course. Van Gelder managed to move up into first on the 3 lap 90km bike course and even managed a 4min lead coming into transition on chaser Geldenhuys. Martin Von Allemann and Travis Kruger were also slowly moving up the field and had secured themselves in 3rd and 4th position going onto the run, ready to challenge the athletes in front.

Van Gelder managed to power ahead on the 1st lap opening his lead to 6min from Geldenhuys, Von Allemann and Kruger. In the ladies race Zimbabwe athletes Greer Wynn surged ahead on the bike to first place and come off onto the run a few minutes ahead of Keelyn Van Breda. In the men’s race, Van Gelder had managed to open up his lead to a massive 10min and claimed first place overall in a time of 4hr 14mn and 7sec. Geldenhuys claimed a well deserved 2nd spot with Von Allemann and Kruger claiming 3rd and 4th respectively.

Race Director Damian Bradley from B-Active Sports said” Yesterday was a fantastic race, especially with the leaders infront. The ladies race was extremely exciting, with their places changing on every leg of the event. The hot weather tested the athletes, especially on the tough bike course, but I think our run water tables managed to give them a boost to the finish. We are looking forward to the new 2016 MiWay Ultra Triathlon Series, which kicks off back at Midmar dam on the 6th of March. The March event has also been selected to be SA Triathlon Long Course Championships, which will give the event and the athletes something exciting to work towards.”