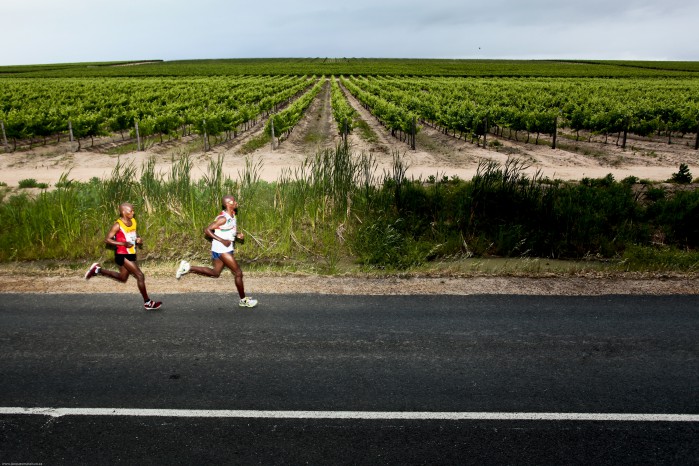 The first road running event to officially pledge to support the Modern Athlete #RunClean campaign is the Vital Winelands Run in Stellenbosch in November, and we’re challenging more events to sign up as we work towards cleaning up the litter problem in our races.

Late in September an e-mail arrived from Clinton Logie, head of the joint organising committee at Helderberg Harriers AC and Run Walk For Life Somerset West for the annual Vital Winelands Marathon, Half Marathon & 10km event, saying that they want their event to officially support the #RunClean Campaign. The Winelands has been on the calendar for over 30 years and is a very popular road run through the picturesque Stellenbosch and Somerset West wine route area, so litter along the roads is a real eyesore and something the organisers want to eradicate.

Clinton wrote that the organising committee met and discussed ways to support the campaign, and came up with the following ideas:

1. Print posters that can be displayed at the various pre-race registration points, promoting #RunClean and urging runners not to litter on the route by using the bins, or carrying refuse to the next water station or the finish.

2. Commit to having more refuse bins on the route, placed in such a way as to encourage runners to use them, perhaps with #RunClean posters displayed at water tables as well.

3. Use social media and newsletter mailers to increase awareness of the #RunClean campaign and the race’s efforts to support the campaign.

4. Get the race day announcer to promote the #RunClean theme and urge runners not to litter on the route.

6. Come up with an idea to incentivise runners to bring their plastic rubbish to the finish and then photograph them throwing used sachets into a special #RunClean bin at the finish line, with a prize courtesy of the sponsors going to the best #RunClean supporter, as chosen by the organisers, based on their efforts to #RunClean. A selection of these photos of #RunClean runners will then be published and promoted on the Modern Athlete website and in the magazine.

7. Ask runners to Tweet about their #RunClean efforts in the race, or pics of them doing their part not to litter, also tagging the race and sponsor as well, and one lucky tweeter, randomly selected, will also receive a prize from the sponsors.

As Clinton summarised in his mail, “The overall feeling in the committee is that littering by the runners along the route is a problem, and we need to keep on with the raising of awareness to stop this, and to do whatever it takes to support the #RunClean campaign.”

Modern Athlete would like to thank Helderberg Harriers, RWFL Somerset West and Vital for coming on board with #RunClean, and we trust this will be just the first of many events to do so.