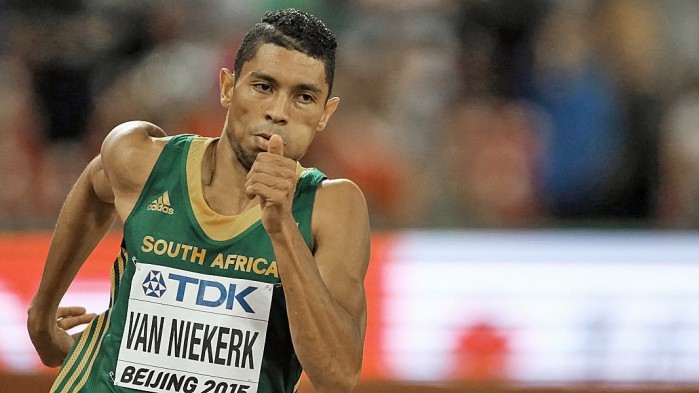 Track star and World Champion over 400m, Wayde van Niekerk pulled off a deserved clean-sweep of the main awards at the 2015 South African Sports Awards in Mangaung, Free State this past weekend.

He was named Sportsman of the Year and Sports Star of the Year, and he also walked off with the People’s Choice Award. Van Niekerk won gold in the 400-metre event at this year’s IAAF World Track and Field Championships in Beijing, China, as well as setting SA records in the 400, 300 and 200m events during the course of the year.

Cyclist Ashleigh Moolman-Pasio took the Sportswoman of the Year award after an excellent year that saw her win the road and time trial titles at the SA Championships, then win the Auensteiner-Radsporttage event in Germany, and become the first South African woman to break into the world’s top 10 ranking.

Another track star was amongst the awards was Paralympics sprinter Ilse Hayes, who took home the Sportswoman with a Disability of the Year award. The double gold medal-winner at the recent 2015 IPC Athletics World Championships also set a new World Record for 100m in her T12 class in Brazil earlier in the year. The Sportsman with a Disability Award went to Paralympic wheelchair tennis player Lucas Sithole.