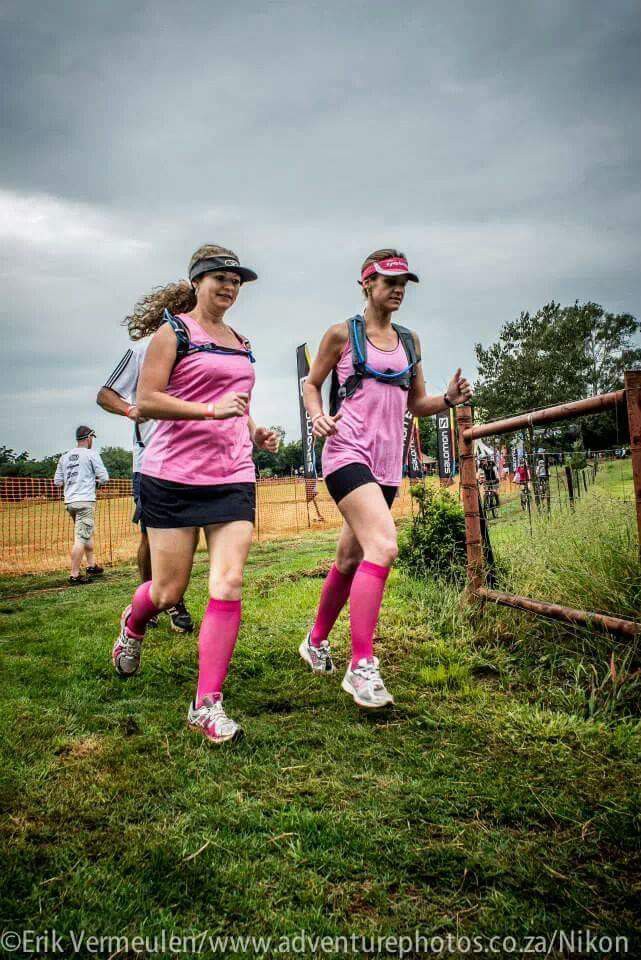 My goal when I started running was to be able to call myself a runner. It took me a while, but I got there. – BY LIZETTE DU PLESSIS

I'm definitely not built like a runner. I’m not fast, nor am I breaking any records (other than my own personal bests), and the only reason I started running was because someone told me that I cannot do a half marathon. So my friend and I started training… but while she complained about it, I secretly enjoyed it. I loved that burning feeling in my lungs when you're just about tapped out from doing sprints over and over and over again.

I especially loved early morning training. The sunrise, the smell of a fresh morning rainfall, and so on. It just became second nature to me. Even if I was hung-over from the night before, I would still make myself go out and run, because nothing cures a hangover like a long hard run!

It took me a long time to admit to people that I am a ‘runner,’ but only because I didn't feel worthy of the title. I’d show up to races feeling slightly out of place when I saw other women warming up. Everyone seemed to have more toned legs and fancier gear, and projected confidence that I was lacking. I’d hide towards the back of the pack, hoping not to get in anyone’s way as the starting gun sounded. I desperately wanted to join the ranks of the runner girls I had put on a pedestal, but wouldn't allow myself entry into the club.

With a few years under my belt, I now realise that I was always a runner, and any doubt about that label was unfounded. My legs still aren't as toned as I’d like, but who cares – they've carried me over distances I never thought imaginable. Somewhere along the way I found the confidence. It might have been at the finish line of my first half marathon, or the time I scored a new PB… No matter when it was, I’m happy to proclaim that I am a runner! I now believe that you don’t have to run a marathon, or a specific kilometre split, to be part of this community that I've grown to adore. You just have to lace up your shoes and run. You are a runner if you run. Period!