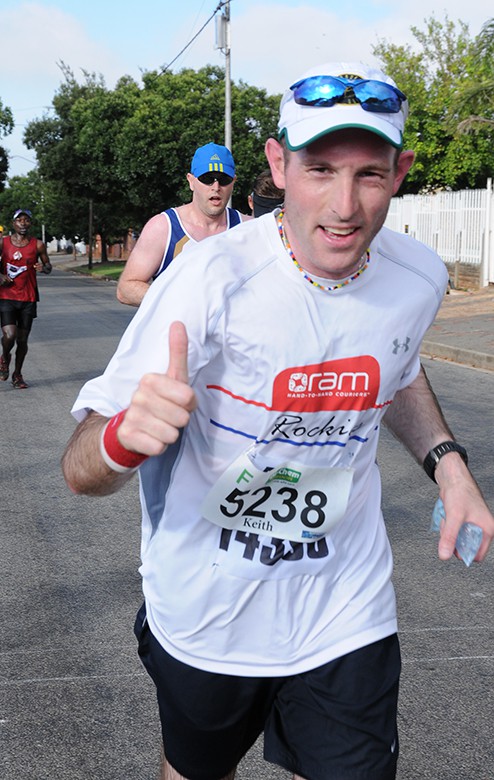 For many people, the 21 kilometres of a half marathon is a tad too long.

But many people still want to experience the vibe and atmosphere of a full scale running event.

Or perhaps they’ve just started running and want to experience the thrill of running in a competitive environment? Or they want to give their children, parents, sisters, brothers, wives, husbands or friends their first taste of the joys of running?

There are probably quite a few reasons why runners would want a shorter distance. And so, the organisers of the Dischem Half Marathon heard this plea and brought in the shorter “Dash” event.

Up until now, this five kilometre run was an all-out race with fierce competition among the runners. However, the organisers decided to make this a fun run which can be enjoyed by moms, dads, old, young, brothers and sisters and, indeed, the whole family.

The five kilometre Dash Fun Run starts at 06:30 and, although entries are sold out, go and support and encourage the field as they run the streets of Bedfordview. You never know, one of the runners taking part might become an international sporting sensation of the future.

The Dischem Half Marathon and Dash Fun Run will take place on Sunday 17 January 2016 at the Bedfordview Virgin Active Club. The start itself is on Riley Road, Bedfordview.

For more information, check out http://www.dischem21.co.za/